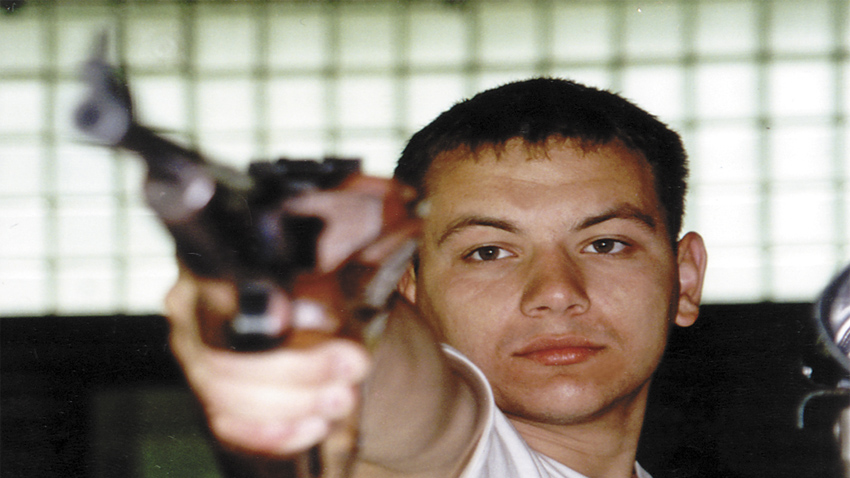 At the very beginning of the Games XXV Olympiad, the victory of a 16-year-old boy from Grodno led to the United CIS team’s successful performance where another Belarusian Vitaly Shcherbo also shone. Konstantin Lukashik, who has got to the awards stand at a young age, celebrates his 45th birthday on 18 September and talks about a small-caliber pistol shooting, his triumph in Spain, and what he is doing now.

– Mr. Lukashik, could you please describe how it feels to be an Olympic champion at the age of 16?

– It feels like a well-done job. I started a small-caliber pistol shooting when I was 13 under my first couch’s guidance, Oleg Pishukevich. As they say, it depends a lot on the coach, and I was trying to do my best as well. 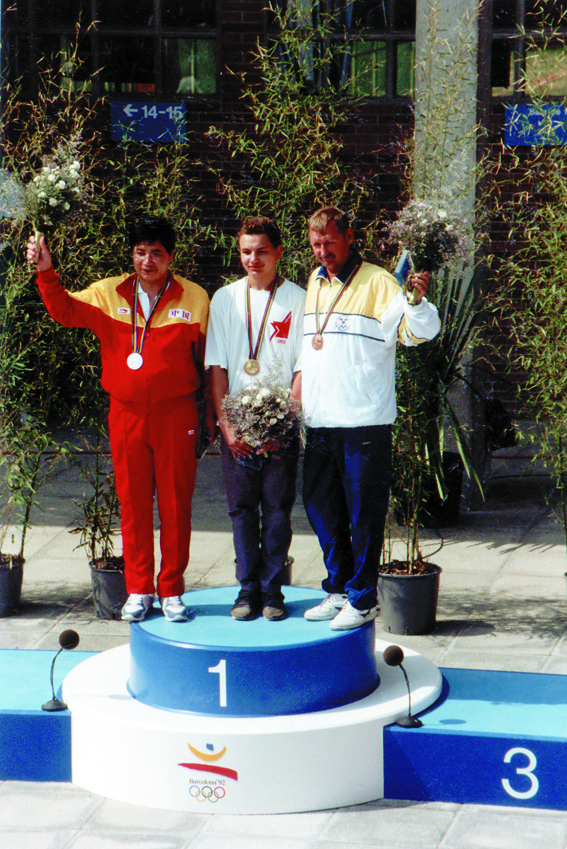 – Before the Barcelona Games, you have won almost everything on Junior level. Have you considered a possibility of winning on the Olympic Games?

– In shooting sports, each competition is a debut, whatever conditions you’re in. Of course, there may be certain patterns and a much-fancied side, still, there are tons of examples of unfulfilled expectations. What concerns Barcelona, everything turned out really well. The competition was on the first day, and in the finals, I showed a pretty good series of shots. Ragnar Skanaker, a Swedish athlete, was trying to impose a battle, yet I’ve always have been good with the nerve-racking situations.

–What was the reason for you not being able to fire the final shot for some time?

– Skanaker, the main opponent, was always distracting, but I still managed to get 9.9 points. In total, it turned out 650 points and managed to beat the representatives of Sweden and China. It turns out that the last shot, as in our sport, became a “golden” one.

– The rivalry in USSR national pistol shooting was high. Was it surprising for you to be included in the national team?

– I didn’t have any particular emotions about me being included yet I understood that I could perform well and felt confident. After the final training camp, a couple of days of rest were provided so I went to my hometown Grodno and helped my parents at their dacha. This was also a helpful psychological relief.

– Is it a grudge or an expected result four years later of your fourth place in Atlanta?

– There are no accidents in shooting sports. There was no grudge, I was trying hard to get to the podium, I would’ve won another medal if it wasn’t for one mistake, yet, there’s no need for complaining now.

– Does the «Dinamo» community always remember you?

– They invite me to important events, thanks for that. I have never aspired to be public, so I feel comfortable when not so much attention is focused on my modest person.

– How do you spend your free time after ending your active shooting range?

– I’m not going to talk about ending the shooting range career, but I agree that most of my time is dedicated to the business and its’ development for the past ten years.

Opinion: Talks about changing national flag of Belarus are absurd

Kushnir: You cannot deprive an athlete of an Olympic dream

Belarusian athletes: Sport has always been out of politics

No complaints from IOC regarding Olympic Charter violations by Belarus NOC

Belarusian athletes get all the assistance while preparing for the competitions
© National Olympic Committee of the Republic of Belarus, 2011 - 2020
Website development - ArtisMedia