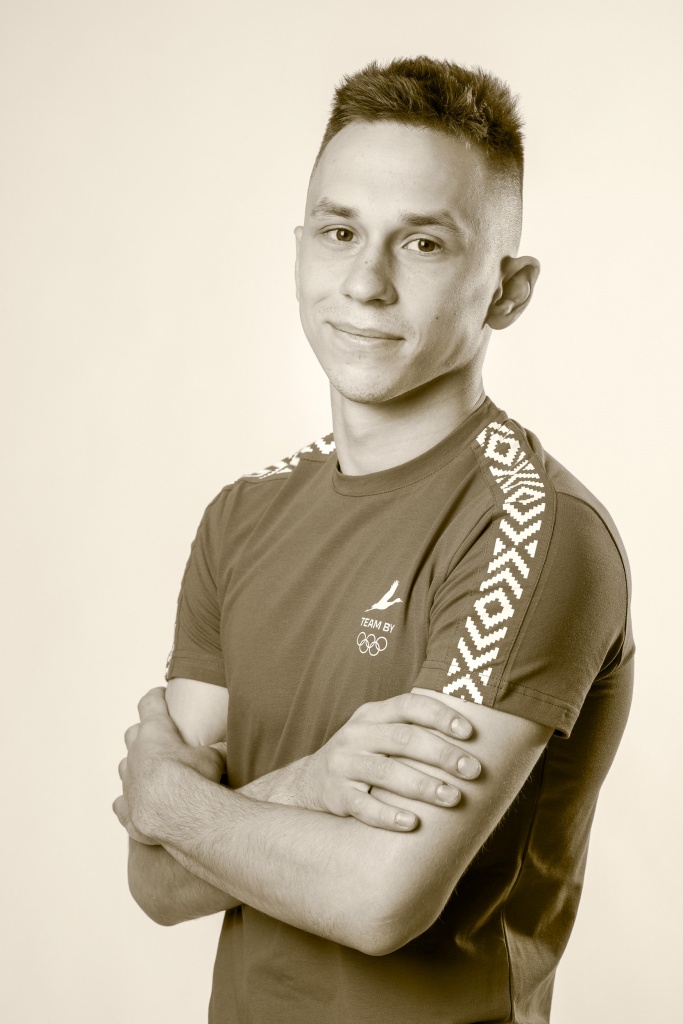 
Awards and titles:Master of Sports of international class

The future of the Olympic champion of Tokyo in trampoline jumping has been connected with sports since childhood. In his native Vileyka, his mother Tatyana Alexandrovna, master of sports of the USSR in jumping on the acrobatic track, worked as a trainer in the local sports school, and Ivan's path was predictable: he often attended his mother's classes staying the with her until the evening.
The agile and well-coordinated boy was noticed by coach Pyotr Ivanovich Zaitsev, who invited him to start trampoline jumping.

Ivan Litvinovich made rapid progress. It was not surprising that soon, after the Rio 2016, which he watched on TV, he was noticed by the head coach of the national trampoline jumping team, Olga Vlasova.The invitation to the main team, the opportunity to train with leading athletes allowed to improve his skills.
In 2018, he won the gold award of the Junior European Championship in individual jumping and declared himself as one of the leaders of the world jumps. He confirmed this status already at the adult World Championship. In 2019, at the World Adult Forum in Tokyo, Ivan Litvinovich, together with his national team partners, won a gold medal in the team competition, and in the individual jumps he became the second, ahead of many famous competitors.
It seemed that the prospects for the Olympic Games in Tokyo were good for the guy from Vileika, but, as Ivan Litvinovich himself later recalled, changing the dates of the main starts due to the pandemic, on the contrary, helped him get to the Games. "If the Olympics were held in 2020, then, most likely, a more experienced Oleg Ryabtsev would have received a second license. At that time, I did not have such a complex program that would allow me to compete for Olympic awards on equal terms."

Ivan Litvinovich came to the Games in the capital of Japan in 2021 extremely motivated and collected. In the final eight, the Belarusian was the last to perform and didn't hide his excitement. After all, there were many examples in his career when he was the first after qualifying, and after the final – outside the victory podium.

However, everything turned out well for Ivan Litvinovich at the Ariake Gymnastics Center on July 31, 2021. He confidently performed his program in the final and received the corresponding points from the judges. Later he will say: "I will remember for the rest of my life the moment before the announcement of the results and the waiting period for the final assessment.”

Ivan Litvinovich dedicated the Olympic gold medal to his grandmother Bronislava Nikolaevna, the champion has the warmest memories of her.

The winner of the Tokyo Games from Vileika now has a new goal – to climb the Olympic podium again, and to accomplish this task Ivan Litvinovich has all the opportunities and data.