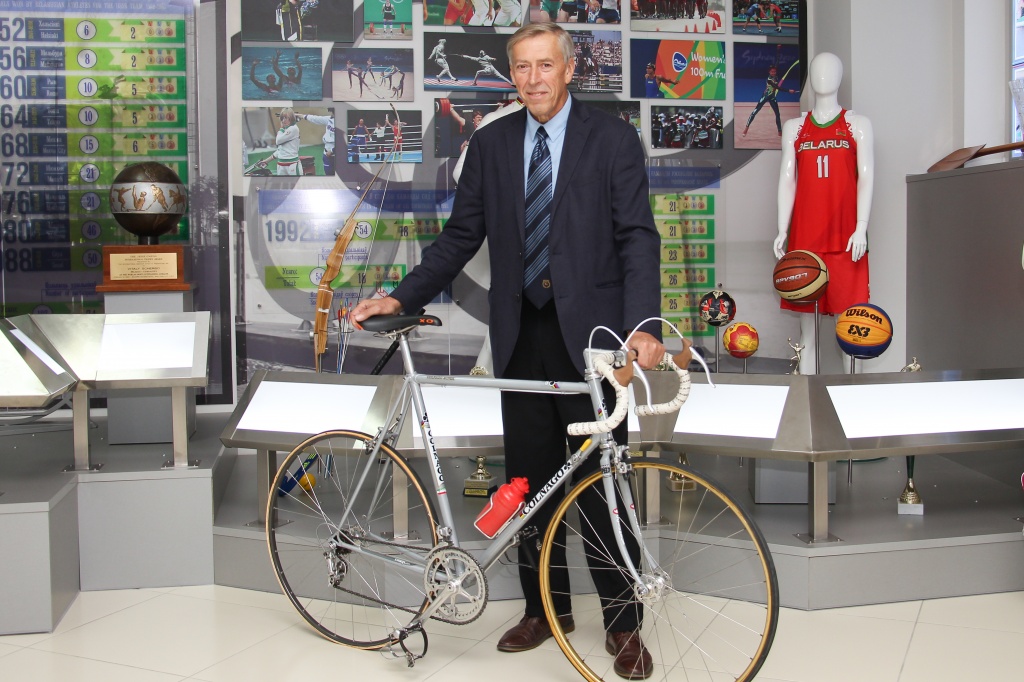 Vladimir started his sports career from a sport club. He came to road cycling club at the age of 17 and performed on a top level at national competitions and soon enough at USSR competitions. Vladimir Kaminsky’s portrait is placed at the gym entrance in the school he attended. This portrait reminds children that there is nothing they can’t achieve. The most important thing is who your teacher is. 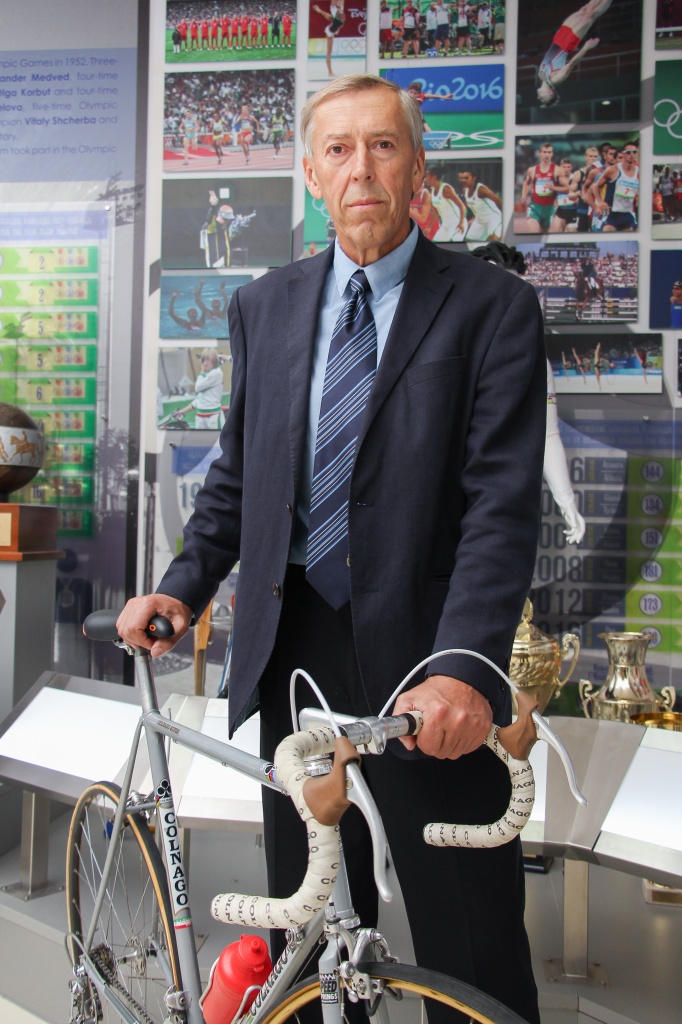 Vladimir was lucky enough. Even the most rigorous coach Viktor Kapitonov (head coach of the USSR road cycling team) trusted Vladimir Kaminsky. Having finished his professional career Vladimir became a docent and received a PhD in pedagogics.

– Vladimir Vladimirovich how will you celebrate your birthday?

– With my family. We will try to celebrate Easter as well. If everything will go well, we will host an official celebration too.

– Are you waiting for some specific congratulations?

– Well, of course I’m looking forward to hearing some words from my family and my colleagues, ex-sportsmen from the USSR.

– Did you choose road cycling because your ciblings were involved in this sport?

– I was born in Cna village and every boy dreamt of becoming a professional football player. Our football team performed quite well. They took over some more experienced teams at regional competitions. But my brothers were famous road cycling athletes. They rode under “Red Banner” organization. My eldest brother Leonid placed 3rd in 100km team race at the USSR competition. Both of my brothers (Leonid and Anatoly) took 1st place at the USSR spartakiad among sports clubs in 75km race under the team “Kamvolschik”.

My mother insisted on my education degree. I entered telecommunications college in Minsk. In college I picked up the skiing sports club but I left soon enough. Alexander Sergeenko was my first cycling coach. Leonid Korbut coached me for many years afterwards. 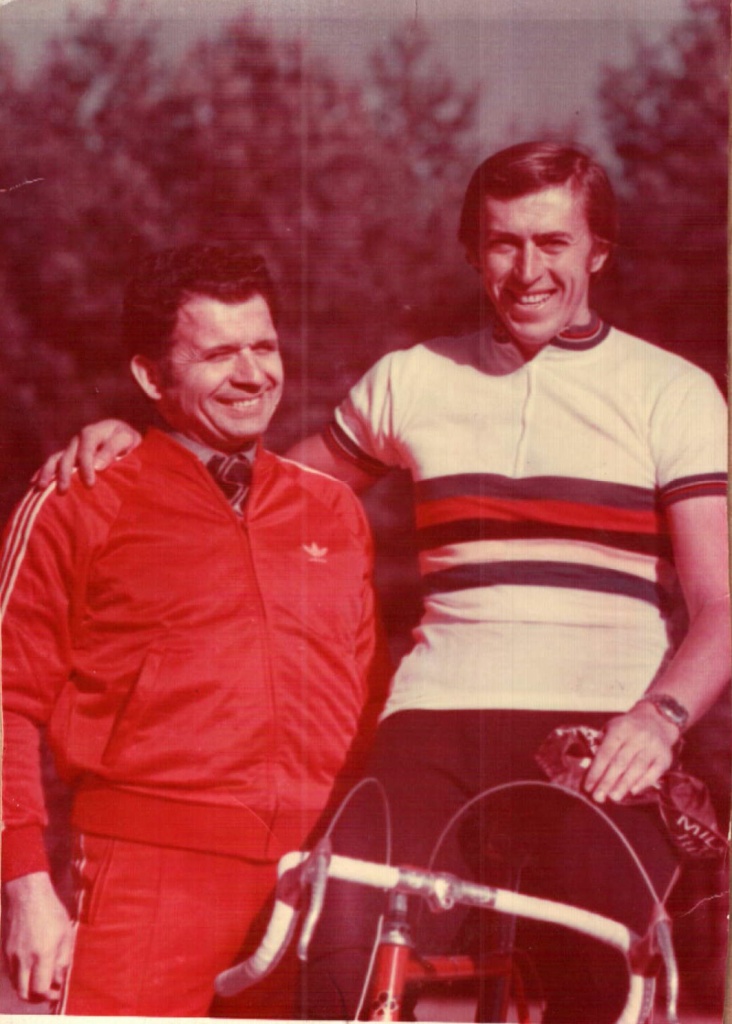 – Was there a situation when you have won not because of, but despite your effort?

– Those who train or work a lot are the most successful people in every sphere. Road cycling is a complicated sport but I’ve put a lot of effort, had a good stamina and achieved something I could have never dreamt about as a kid.

– Did your Olympic medal helped other Belarusian sportsmen enter the USSR national team even though it was rather complicated?

– Competition for the place in the national team was quite fierce. USSR had plenty of talented road cycling athletes but only the best of the best entered the national team. In 1973 I joined the team. In 1974, two years before the Olympic Games, in Montreal I took 2nd place in 100km team race. It was my 1st World championships' medal. 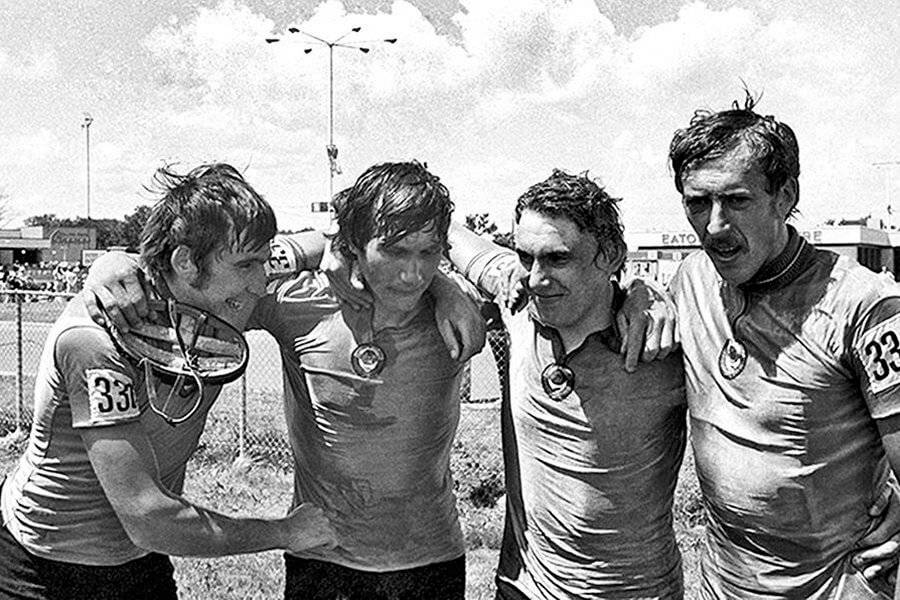 – Was the USSR national road cycling team a front-runner for the 1976 Olympics?

– A lot of sportsmen competed in Canada. There were plenty strong competitors including national teams of Poland, the Czech Republic, Germany, Sweden, etc. We were nearly disqualified because our uniform colours differed from the ones which were in the regulation. We just rolled up our sleeves and collars. In the end the USSR national team consisting of Russian athlete Valeri Chaplygin, Ukranian athlete Anatoli Chukanov, Estonian athlete Aavo Pikkuus and Belarusian athlete Vladimir Kaminsky has won the gold medal taking a 20-second lead from the 2nd place. That was a huge achievement especially for Belarusian sport.

– I recall the situation. I was very well prepared for the Moscow Games certainly. A year before the Moscow Olympics, we assembled an expanded team and tested what we were capable of. Even though I was in a good shape and was training hard they decided I wasn’t young enough. At the age of 30, in 1980, I won the USSR championship, which was quite a strong argument in favor of including me in the Olympic team yet the decision was made to give young riders a chance.

– You’ve been surrounded by bicycles for your whole childhood, haven’t you?

– It was a tricycle first, then the Soviet schoolboy dream - "Orlyonok". Imagine a Belarusian village in the middle of the XX century so when my brothers had the opportunity to train and ride German and French brands bicycles! I had been performing as a road cycling athlete at the world championships using italian Colnago, which brought me winning at the Olympics in Montreal. Now this bike is kept in the National Olympic Committee Museum.

– Have you become a teacher after ending your sports career?

– How do you assess the current state of Belarusian Cycling?

– The foundation has been strengthened in recent years, a good team has appeared. We hope that young people will open up. They only need to withstand at the international level, the continental teams are very strong, not to mention professionals.

– Who do you think is the best road cycling athlete for the past years?

– Vasily Kiriyenko. Vasily, of course, is a genius. He is a professional, not every elite athlete can stand so many races in a season. I can point out that Vasily was definitely ready for achieving more in his career. We hope that the new generation of road cycling athletes will show even better results.

– Vladimir, how did you embrace the Olympic games in Tokyo postponement from 2020 to 2021?

– For some political reasons there was a similar situation before the Moscow – 1980. I take the postponement from the old age athletes’ point of view, to whom the performance in Tokyo may be the last opportunity. Now they have another year to prepare so the main thing in this situation is a good body state though I understand the IOC. Under the current conditions, when athletes cannot fully train, it is difficult to hold such large scale competitions. In any case, the Olympic Games should bring joy to athletes and fans. I think the front-runners will prove themselves in a year in Tokyo. 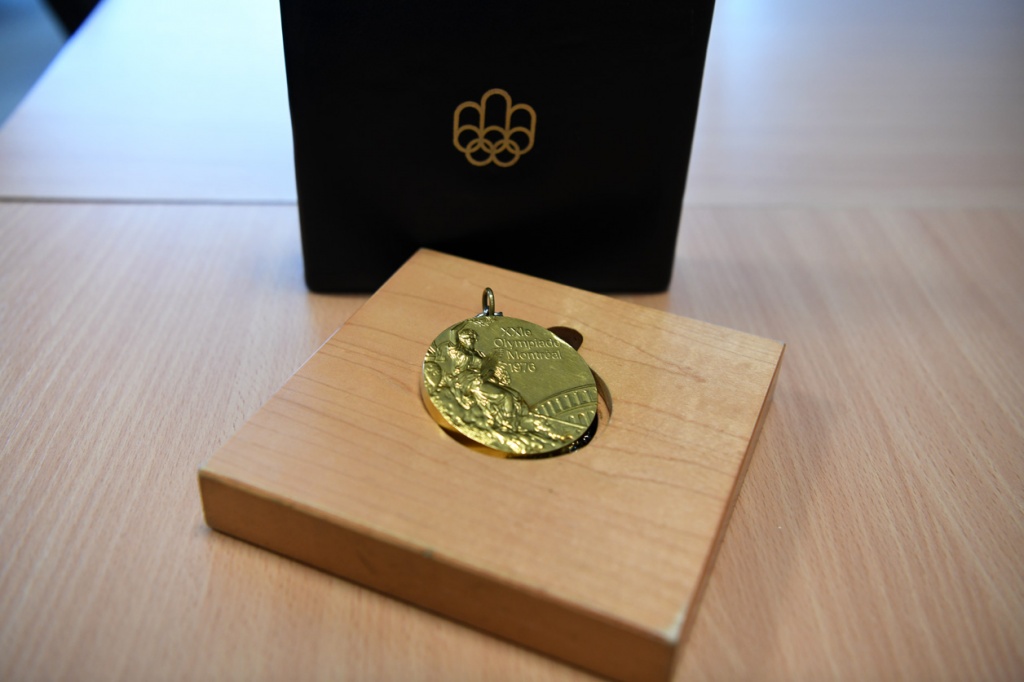