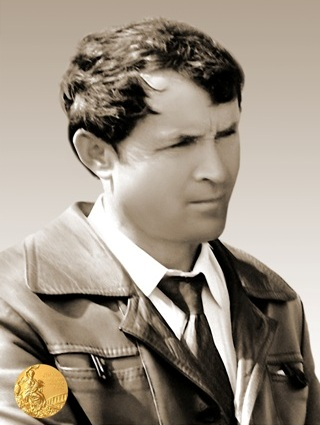 Honored Coach of the Republic of Belarus

Honored Worker of Physical Education and Sports of the BSSR

Order of the Friendship of Peoples

Viktor Ugryumov was born on 12 August 1939 in Khabarovsk. During the Great Patriotic War, his family moved to Tashkent where Viktor began riding as part of the army service training. He later enrolled at the Institute of Physical Education and continued to work at the equestrian school as a coach and train for the competitions on his won. Over time, Viktor qualified for the master of sports degree, became a medalist of the Soviet Union and trained his first horse.

The national team that Viktor Ugryumov was part of had a bad luck at the Spartakiad of the Peoples of the USSR. One of the Uzbek riders overcame the obstacle from the wrong side during the warm-up run. The judges called the athlete to finish the route but he got it wrong thinking he was removed from the competition. The team that could have won a silver medal was disqualified. The incident made Viktor Ugryumov take a drastic turn in his career.

Back then, Belarus was considered a sporty nation, yet equestrian sport was underdeveloped in the republic. Viktor Ugryumov received an invitation to work in the Byelorussian SSR. He was offered good conditions and prospects to move through the ranks. Six months later, Belarusian athletes under the tutelage of Viktor Ugryumov won three medals at the USSR Championships. Three years later Viktor Ugryumov became the best rider of the Soviet Union. He made his Olympic debut on horse Said in Montreal in 1976. He finished sixth, the best result among the Soviet riders.

Irina Karacheva, trained by Viktor Ugryumov, took the ride on the same horse to bag bronze at the Spartakiad of the Peoples of the USSR in 1979. A year later she became the champion of the USSR.

On the eve of the 1980 Olympic Games, the horse Said fell ill, and the rider had to take another horse, Shkval.

Ahead of the Games, Viktor Ugryumov met with the head of the equestrian department of the All-Union Sports Committee, Sergei Pavlov. He asked Ugryumov about the forecasts of the team’s performance at the Olympics. Viktor answered frankly: “We are likely to win the team event and take the third, fourth and fifth places in the individual”.

The committee authorities planned much more modest results, and no one wanted to be held responsible for any failure at the competitions. Ugryumov’s forecasts turned to be slightly different from what the Soviet team delivered at the Games. The USSR national team consisting of Yuri Kovshov from Tashkent, Viktor Ugryumov from Minsk and Vera Misevich from Kiev won team gold with the total of 4,383 points. Bulgaria placed second with 3,580 points. Romania came third (3,348 points).

Until 1989, Viktor Ugryumov worked at the National Olympic Training Center for Equestrian Sports and Horse Breeding in Ratomka. In 1990, Viktor decided to go into business. He began to buy, train and sell horses. This business, however, was not much successful. “I spent ten years on almost nothing. Equestrian sport is not the best for money-making,” Viktor said about that time. On the other hand, he noted, if it were not for that, he would have never met his wife.

In 2002, Viktor Ugryumov moved to Moscow where he still works.