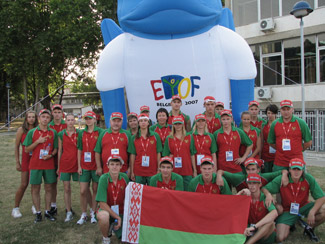 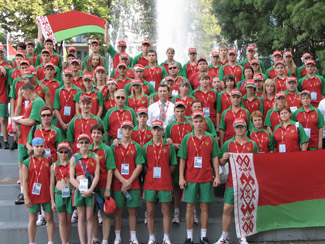 These competitions for young athletes are held under the aegis of the IOC and in compliance with the EYOF Charter adopted by the European Olympic Committee.

In the course of the session in Tallinn between 16-17 May 2003 secretary generals of the European National Olympic Committees provided insight into these competitions and pointed out the growing public interest in these Festivals with reference to enhancing sport results and a growing number of participating countries.

It should be mentioned that the word Olympic in the name of the festival is not a coincidence. All the rituals and attributes of the Festival arrangements and holding are completely analogous to that used the Olympic Games. Again, the EYOFs secure accomodation for athletes in the Olympic Villages as in the case with the Olympic Games. The opening ceremony starts with the parade of nations. Sport delegations are listed in the alphabetic order of the host nation's official language, except for Greece being traditionally in the avantgarde of the parade and the host country that spearheads the parade. While the Olympic anthem is played, the Olympic flag is brought into the stadium and hoisted to the top of a flagpole erected in the arena. The Olympic flame goes lit and shall not be extinguished until the closing of the festival. Also in frames of the opening ceremony, a participating athlete and a judge of the hosting country take an Olympic oath. And one more detail - all the opening ceremonies of the festivals are attended by the President of the IOC.

In conclusion, at the awarding ceremonies national flags are raised and national anthems are played in honor of the winners. 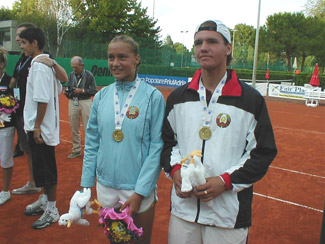 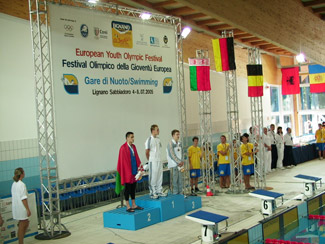