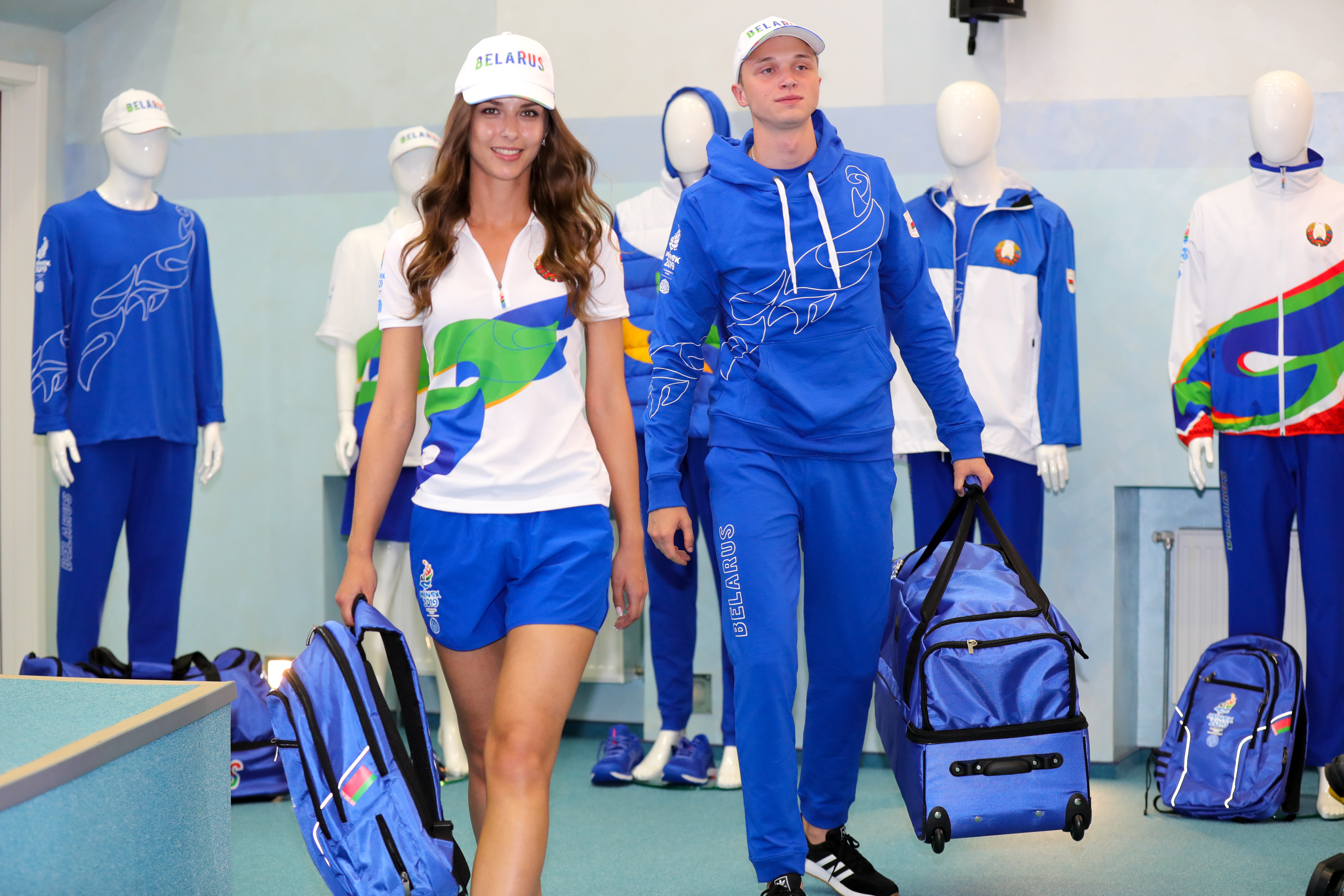 On June 13, the headquarters of the National Olympic Committee of Belarus hosted a press conference on the participation of the Belarusian sports delegation in the 2nd European Games in Minsk.

It was attended by Chief of the Mission Vyacheslav Durnov and two Deputy Heads of the Mission of the Belarusian sports delegation Dmitry Dovgalenok and Vasily Yurchik, as well as Head of the Medical Staff Gennady Zagorodny and Director of NADA Denis Muzhzhukhin.

Chief of the Mission, First Deputy Sports and Tourism Minister, Vyacheslav Durnov, said: "The preparation of the Belarusian team was held as planned, without disruption. Team Belarus will comprise 221 athletes, 149 coaches, eight representatives of the administrative group and seven medical specialists. We count on every athlete of ours. The Belarusian athletes will perform on home ground, which will definitely motivate them. At the 1st European Games in Baku, Azerbaijan, Team Belarus won 43 medals, including ten gold ones. The analysis of the performance of Belarusian athletes over the past two years showed that we have big chances of winning medals in at least ten sports. It should be noted that the competition will be tough. In addition to the medals the athletes have another task - the selection for the Olympic Games 2020 in Tokyo".

Also, the Chief of the Mission announced the composition of the Belarusian national team as of June 13. The composition is subject to change. 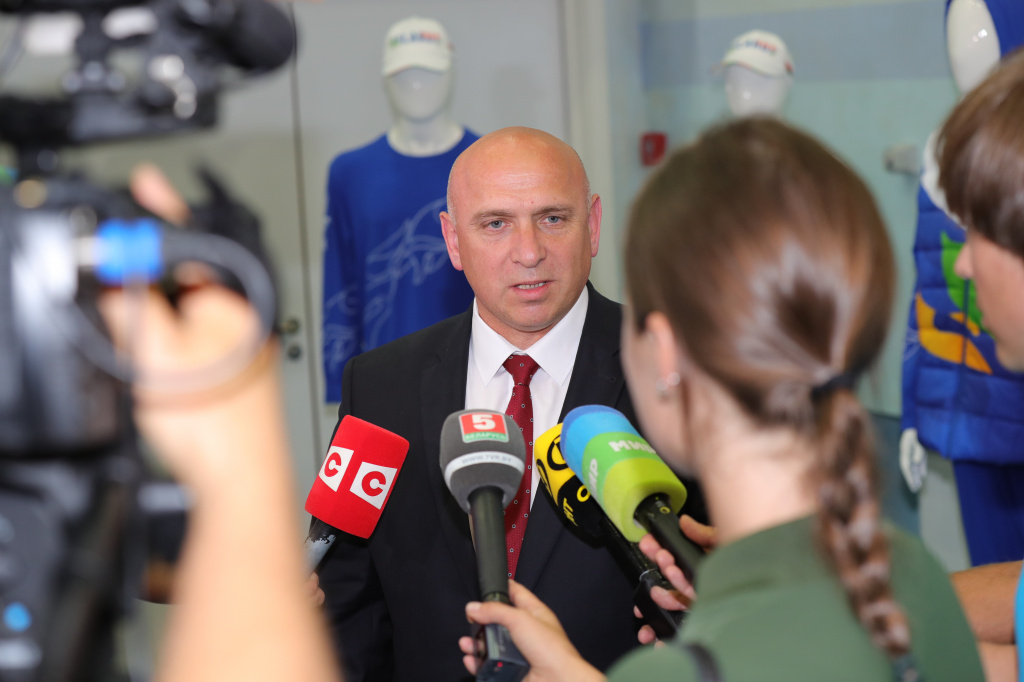 Deputy Chief of Mission, the head of the Olympic movement department at Belarus' NOC, Dmitry Dovgalenok, spoke about the peculiarities of the residence of Belarusian athletes in the Athletes Village: "Our delegation will stay in the building at Churlenis, 1 - it was finished only a few months ago. The team will occupy floors from 5 to 26, almost the entire vector. Our building has been painted with logos of the games - so that we were noticeable, and definitely stand out among other countries. The athletes will share rooms (no more than two persons per room), they'll have a bathroom and a kitchen with a refrigerator. Also, the Belarusian delegation has a medical group and headquarters. The first delegation will move in on June 18. Сheck-in will continue until June 27. 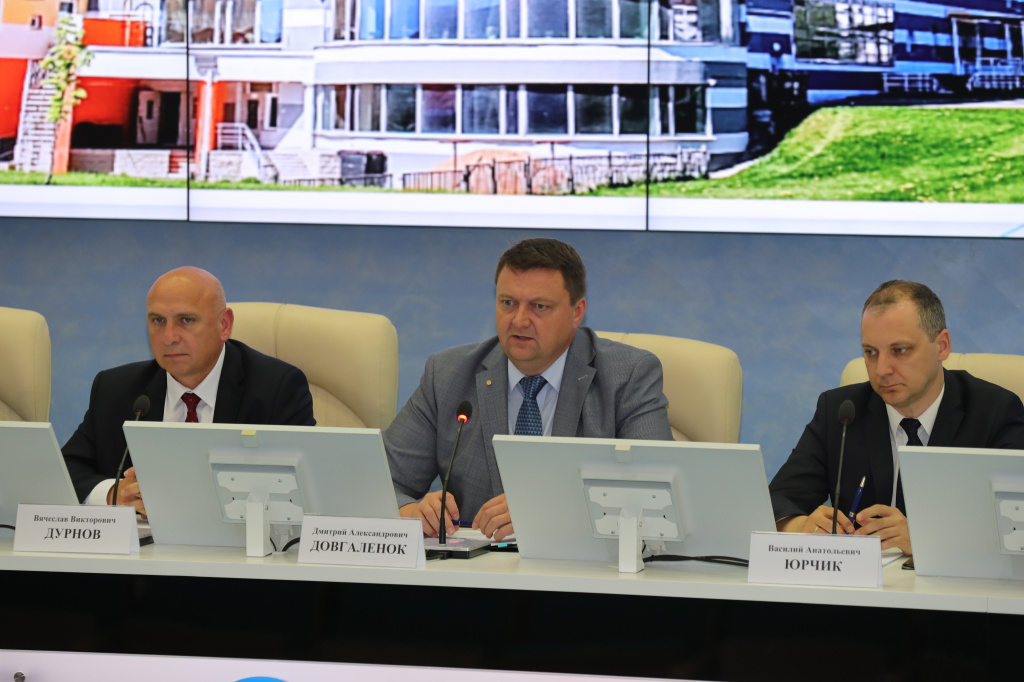 Head of the medical group and Deputy Director of the National Scientific and Practical Sports Center Gennady Zagorodny noted: "Our medical center will be fitted with modern equipment and technology. The medical team consists of seven people, and we will work closely with doctors and masseurs for national teams. Almost all sports medicine was engaged to provide medical care at sports venues. It's more than 150 people, including employees from the regions. On the eve of the competition, the athletes underwent all medical research. I hope we will be contacted only to help with rehabilitation and minor health problems. We hope everything will pass with minimal losses for the health of our athletes, and we will do our best to provide quality medical care to our athletes." 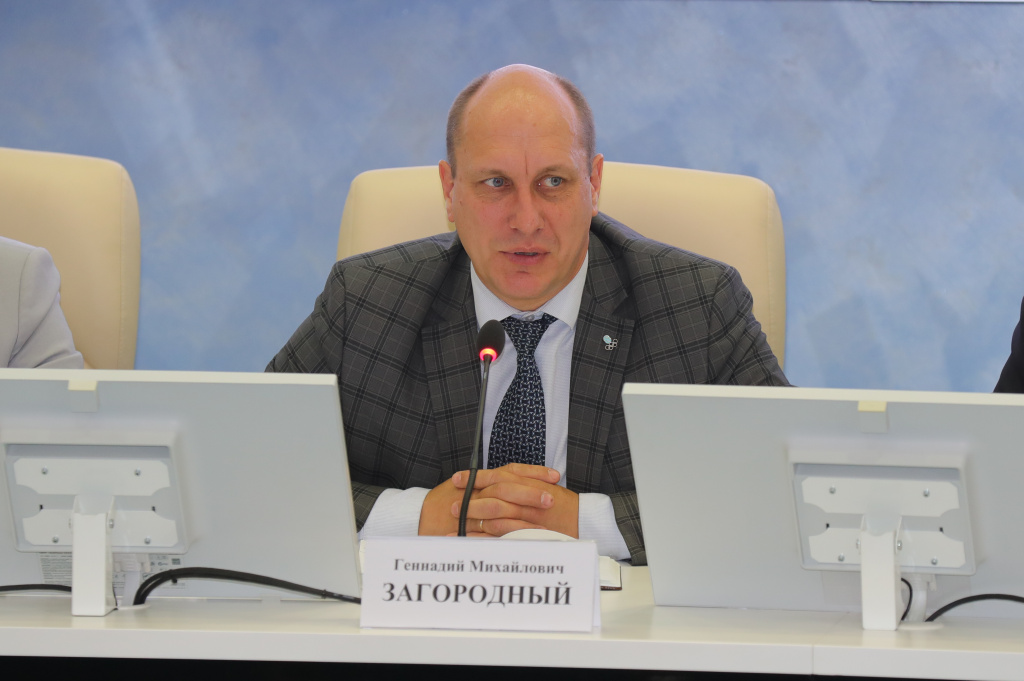 The director of the National Anti-Doping Agency Denis Muzhzhuhin assured: "Our priority is to ensure safety and the absence of negative phenomena on the part of Belarusian athletes. All Belarusian athletes participating in the 2nd European Games passed the doping control, during which a total of 510 samples were taken. This year there was a mandatory requirement for athletes to obtain an anti-doping certificate. This is an online resource placed on the agency's website. If an athlete answers 70 and above percent of questions, this allows him to receive a certificate and compete. Passing this test eliminates anti-doping rule violation due to ignorance or negligence".

Foodstuffs will be subject to special oversight: "All the food products appearing at the athletes table will undergo anti-doping control. The supplying plants were certified within six months, and all delivery lots will undergo laboratory testing. "

Special labeling will appear on medications: "Medications used in the clinic and at competition venues will be specially marked if they contain substances prohibited in sports. In this case, the doctor can't give the athlete a forbidden pill accidentally. If the pill is necessary, a special application procedure is envisaged. But markings will deter unintended accidental use." 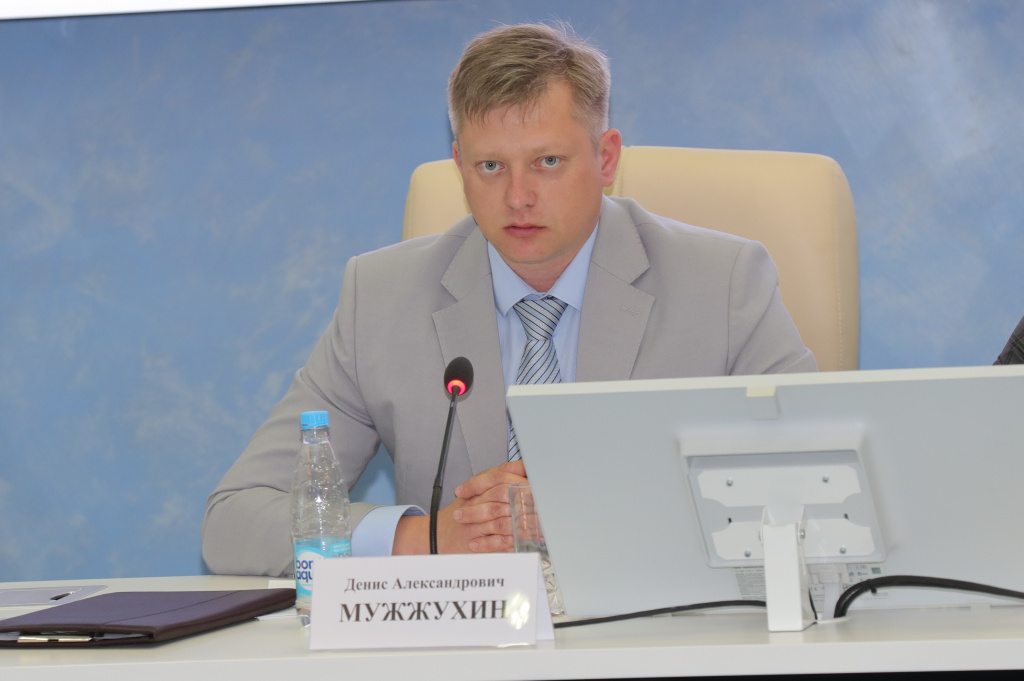 Also during the press briefing the Team Belarus outfit for sports purposes and a parade-uniform was presented. The first one consists of 18 items. Private unitary production and trade enterprise "Solo-Pinsk" is its manufacturer. 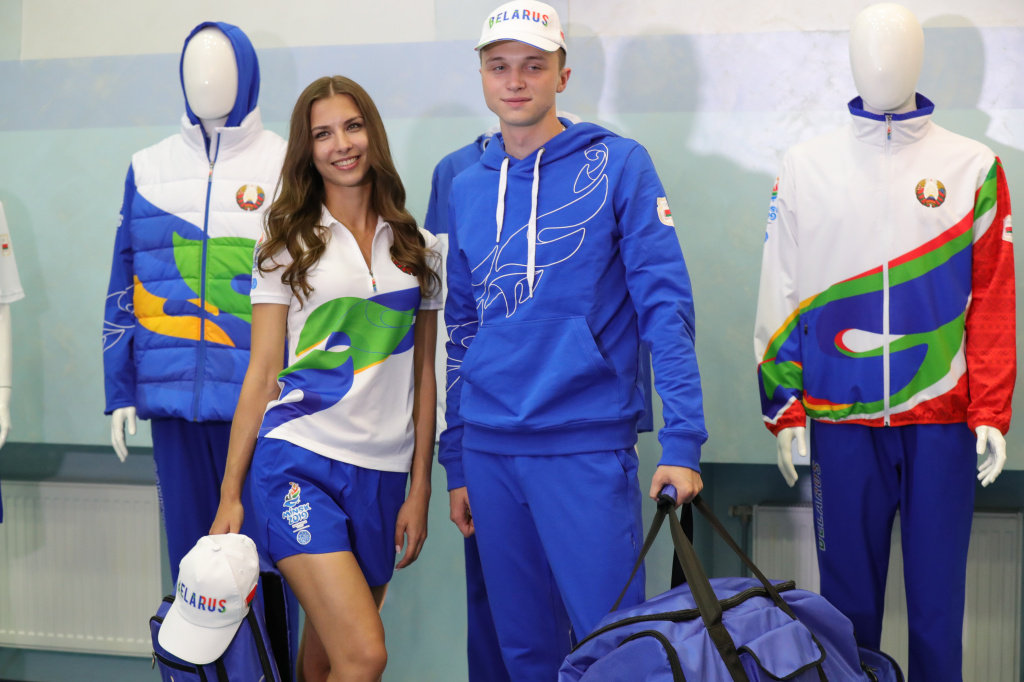 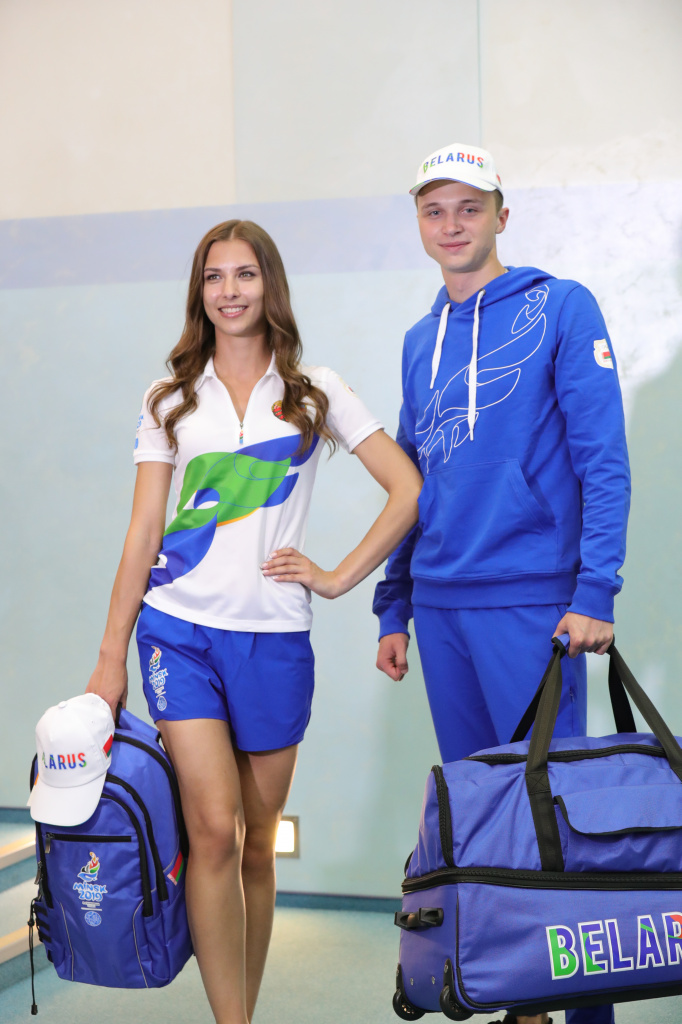 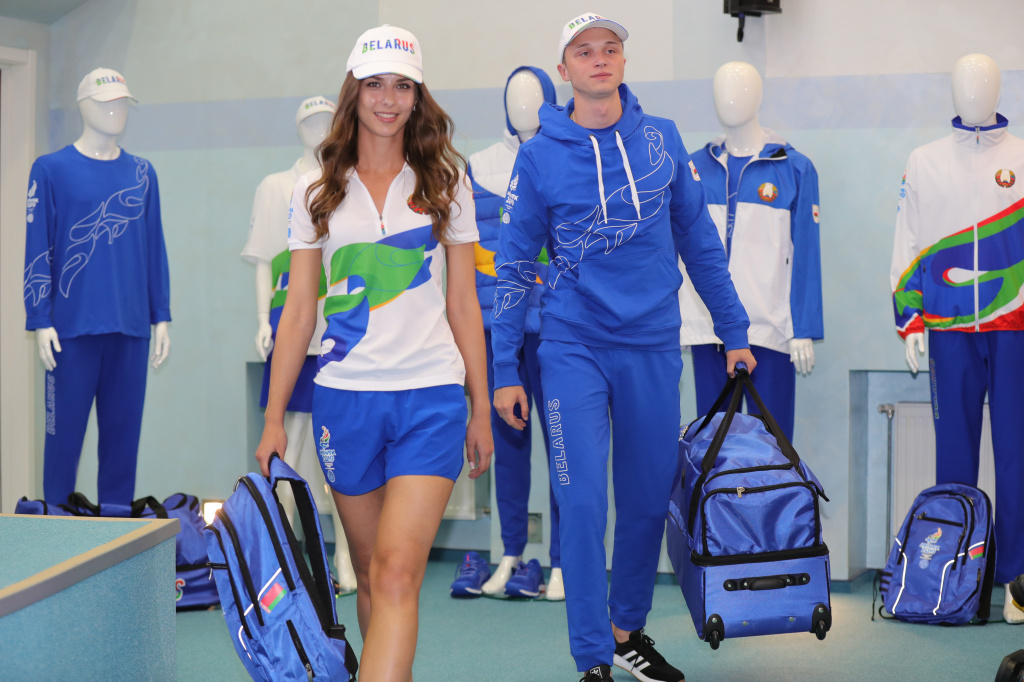 By tradition, Agrik became the mascot of the Belarusian athletes. It's a plush mascot of the general sponsor of the National Olympic Committee of Belarus "Belagroprombank". II European Games is the tenth forum where Agrik accompanies the Belarusian national team. Bank representative Nadezhda Antonenko, on behalf of the mascot, wished the athletes bright victories and outstanding success. 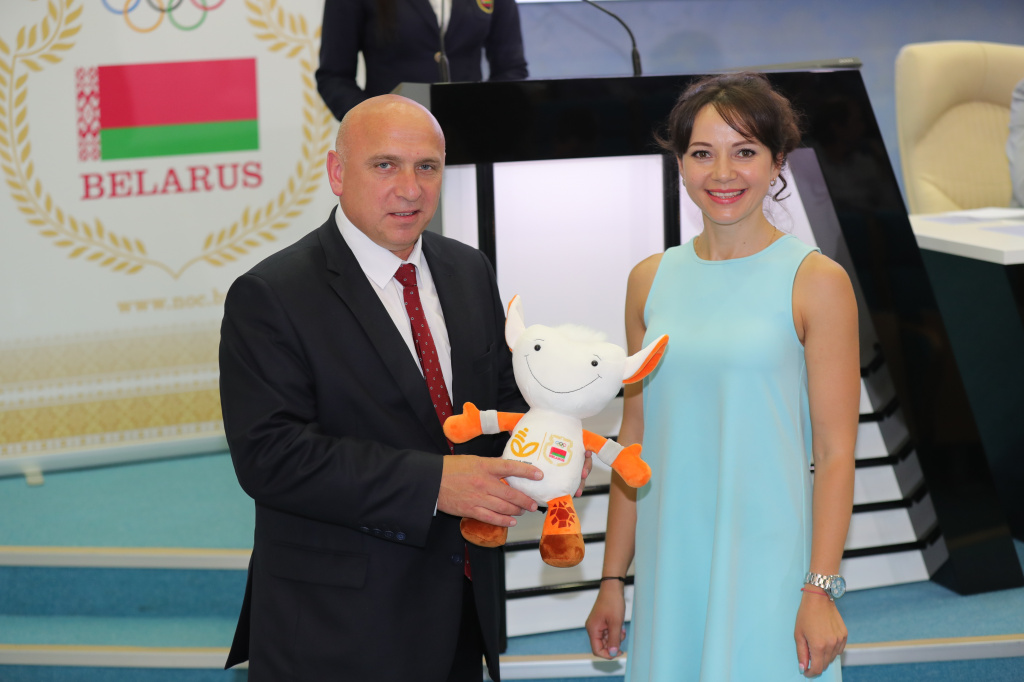 We also remind you that the campaign "Bright summer the Belarusian team at the II European Games continues. Anyone who wants to support Belarusian athletes can make a photo with Lesik, in the background of sports venues or images of any symbols of II European Games, add some wishes to the team and post it in social media, adding hashtags #яскраваелета, #brightgames, #brightteamby. The best works will be delivered to the headquarters of the Belarusian team, and their authors will receive pleasant gifts and souvenirs from the NOC of Belarus. 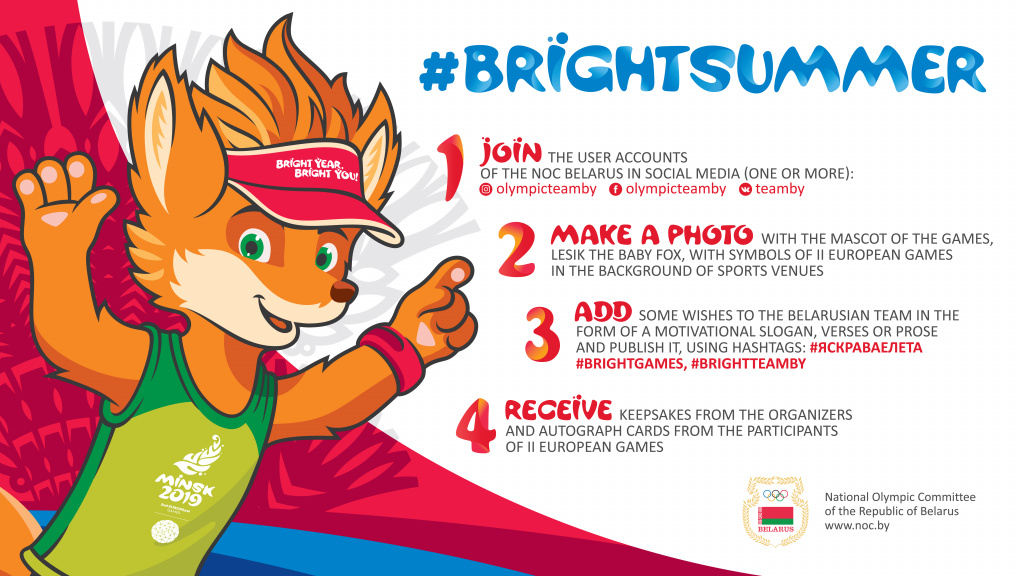