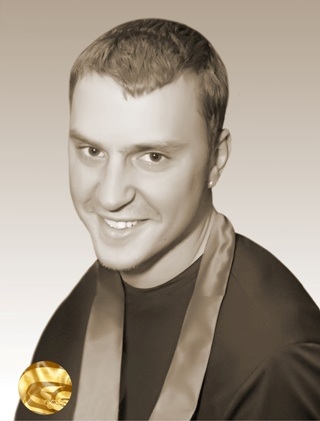 Order of the Fatherland 3rd Class

Alexei Grishin was born in Minsk on 18 June 1979. Initially, Alexei’s parents enrolled him in an artistic gymnastics class, but later they transferred him to a freestyle skiing class. Alexei Grishin tried his hand at winter triathlon, ski ballet and mogul.

The athlete received his first medal at the International Youth Championship in France where he claimed silver.

In 1998 Alexei Grishin debuted at the Winter Olympics in Nagano, Japan where he finished in eighth position.

In 1999 the athlete graduated from the National Olympic Reserve School. The same year he won silver at the 1999-2000 FIS Freestyle Skiing World Cup in Livigno, Italy.

In 2001 Alexei Grishin grabbed his career’s first gold at the 2001 World Ski Championships in Canada. At the 2002 Winter Olympics in Salt Lake City Grishin rounded out the podium in third. It was the national team’s only medal in these games. The same year he was named Athlete of the Year in Belarus. Alexei Grishin was also awarded the Medal for Labor Services for his excellent performance at international competitions in 2002.

In 2003 the athlete won silver at the FIS Freestyle World Ski Championships in Deer Valley and bronze at the 2003-2004 FIS Freestyle Skiing World Cup in Turin. The 2006 Winter Olympics were also held in Turin, however, Alexei Grishin finished the competition just off the podium in fourth.

Grishin approached his fourth Olympics at the top of his game. And the victory was not long in coming. At the 2010 Olympics in Vancouver Alexei Grishin outjumped his main contenders to take the first place. In the first jump of the finals, he scored 120.58 points and placed second. He scored 127.83 points in his second jump for a total score of 248.41 points. He beat America’s Jeret Peterson by 1.2 points. It is noteworthy that Alexei Grishin won this Olympic gold in the same place (Canada’s Whistler), where he had become the world champion nine years earlier. Alexei Grishin became the second athlete after his compatriot Dmitri Dashchinski to win two Olympic medals in aerials (Dashchinski won bronze in Nagano in 1998 and silver in Turin in 2006) and the first champion of the Winter Olympic Games in the history of Belarus.

After his triumph in Vancouver, Alexei Grishin missed three seasons and returned to the slope only in 2014. Unfortunately, the athlete did not perform very well at his fifth Olympic Games. He quickly dropped out of the medal race as he botched his landing and was only 15th in the qualification run. After the 2014 Olympics, the athlete retired from sport and took up a career in the construction industry.