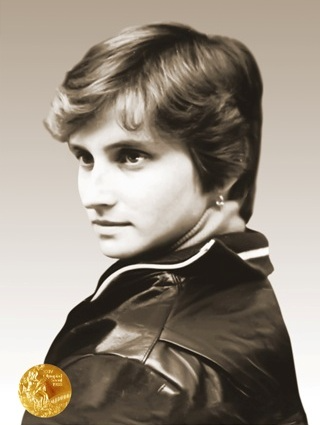 Irina Shilova was an athletic and active girl who dreamed of becoming a gymnast. Once gymnastics scouts were visiting her school and she signed up immediately. She was doing gymnastics for several years. Another hobby of hers was dress-making.

Irina Shilova first tried shooting at the age of 14 when a school military instructor invited his students to a pneumatic shooting range. The teacher kept in touch with local shooting coaches and was always on the lookout for young talents. One of them was Irina. Yet she was not keen to take up shooting. Her first experience in shooting was short-lived. However, the coaches convinced her to re-start training. Incidentally the team was looking to fill in the third spot on the team for the national senior competitions and Irina agreed to take part in it. She had a month to train. Over this time, she honed up her skills significantly. At the championships, Irina set a personal record and made it to the top ten. It was after such success that Irina finally got the taste of shooting.

In the Soviet Union the performance requirements for boys and girls were the same. Irina showed great results under the guidance of her coach Boris Grin. He taught her to be head and shoulders above the rest. Irina Shilova received the Master of Sport title after she completed nine qualification tests while only two were required. The reasons were many, either poor paperwork, or lost documents altogether or some other reason. But Irina had the nerves of steel and kept moving forward. Having earned the Master of Sport title a year after she took up shooting, she received the Master of Sport international class title three years later and was admitted into the junior national team. She made part of the senior team in 1982 when she returned to sport after a one-year break after giving birth.

After struggling at first in the senior team, Irina Shilova began her new ascent in 1986. She regained the national champion title, set several USSR records. In the spring of 1988, when the coaches were deciding on the national team roster they were expecting Irina to place fourth at best or maybe third, not higher. Irina knew about it. However, at the national championships, the main qualifying event, she did not only win against big names but also set two USSR records.

It seemed that a trip to Seoul was booked but the coaching staff thought otherwise. They decided to put her up for additional tests. Not every person can withstand such psychological pressure but outwardly calm Irina was determined to win. At first she did poorly as her rifle malfunctioned at the most responsible moment. A new test followed and Irina did brilliantly. Then even skeptics agreed that she deserved a spot on the national team at the Olympic Games in South Korea.

On Sunday morning numerous spectators and reporters gathered at the shooting range in Seoul to learn the name of the first Olympic champion of 1988. Women’s rifle was the first event on the program. Anna Maloukhina was the Soviet team leader and was considered a gold medal hopeful. Both Maloukhina and Shilova scored 97 points in the first qualification round falling far behind Launi Meili of the United States (100 points), Austria's Sylvia Baldessarini, Chinese Li Dan, Canadian Sharon Bowes (all 99 points). These results were difficult to catch up with. However, Irina Shilova was very precise in the second qualification round scoring 100 points. Meanwhile Anna Maloukhina scored the same result as in the previous series.

Shilova did brilliantly in the third round and was two points behind Maloukhina and Meili in the fourth. Before the final three athletes Shilova, Meili and Zhang Qiuping of China had the same amount of points (395 each), Maloukhina had 394. In the final, Irina Shilova immediately took the lead. The closest runner-up, German Silvia Sperber, who made it to the final in the seventh spot, was down only one point. All Irina had to do was not to blunder. She completed that task and won the Olympic champion title.

Irina took part in the three more Olympic Games. Unfortunately, she never got close to the Olympic podium again. In Barcelona, the coaches entered her in the discipline she did not specialize in, which was a mistake. She placed 17th although such a place in the highly competitive sport merits respect. Then Irina competed for the independent Republic of Belarus.

Irina Shilova retired from sport at the age of 45. She continued training and even took part in tournaments for the sake of competitive spirit. For some time, she worked in the NOC representative office in Grodno Region.

Now she lives in Bialystok, Poland where helps her husband in his shooting club.