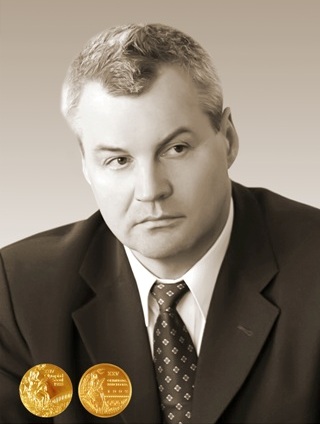 Honored Worker of Physical Education of the Republic of Belarus

Honorary citizen of the city of Grodno

Alexander Kurlovich was born in Grodno on 28 July 1961. In 1970, when he was nine years old, his elder brother Nikolai took him to a weightlifting school. There the talented boy was noticed by coach Nikolai Kachkov, who, despite Alexander's young age, decided to take him in.

Alexander Kurlovich set a BSSR junior record at the age of 13. Being 150cm in height, he lifted 75.5kg in the 48kg category. For the following four years the athlete broke another 20 junior records of the BSSR.

At 22, he won the Spartakiad of the Peoples of the USSR and in pre-Olympic year of 1987 won the world champion title in Ostrava.

The Belarusian was considered one of the medal hopefuls at the Olympic Games in Seoul in 1988. Lifting 212.5 kg in the snatch and 250kg in the clean and jerk, Kurlovich defeated his closest rival Manfred Nerlinger of Germany by a total of 30kg and won the Olympic gold medal.

International press dubbed Alexander Kurlovich “the strongest person on the planet”. The Belarusian athlete defended this title more than once. He was victorious at the World Championships in Athens in 1989 and the World Championships in Donaueschingen in 1991. The 100kg+ weightlifting team of the CIS Unified Team at the Summer Olympics in Barcelona in 1992 included two Belarusians: Alexander Kurlovich from Grodno and Leonid Taranenko from Malorita, Brest Region. Alexander Kurlovich snatched the champion title in the super heavyweight event (450kg in the total), Leonid Taranenko placed second (425kg.)

In 1993, after the Olympics in Barcelona, Alexander Kurlovich was invited to the German Bundesliga. Thanks to this experience, he was able to set six world records at the World Championships in Istanbul in 1994 breaking the previous achievement in each new attempt.

The Belarusian athlete dreamed of winning the third Olympic gold. He even had a real chance to do it. Unfortunately, he pulled the thigh muscle 25 days before the Olympics and was not fit to compete to the top of his abilities. As a result, Alexander Kurlovich placed fifth at the Summer Olympic Games in Atlanta.

He retired from sport at the age of 35 being two-time Olympic champion, four-time world champion, World Cup winner, two-time European champion. At first Alexander Kurlovich worked as a coach in the elite sport group and then as a referee. He was a member of the executive boards of the European Weightlifting Federation and the International Weightlifting Federation. He headed the office of the National Olympic Committee in Grodno Region. The famous athlete died unexpectedly on 6 April 2018 at the age of 57.