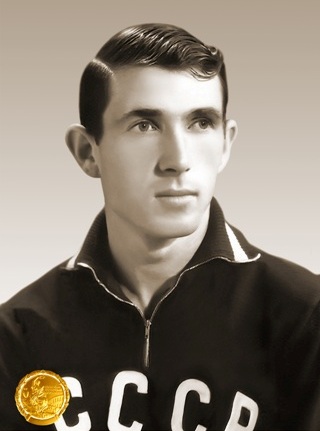 Honored Coach of the BSSR

Honored Worker of Physical Education and Sport of the BSSR

Leonid Geishtor was born on 15 October 1936 in the city of Gomel. In the postwar years, the young man had to provide for himself and his family because his father died at the front during the war. However, despite the hardships of the postwar period, physical exercise and sport always fascinated the young man. The future Olympic champion was introduced to canoeing in 1955, when he met professional canoeists. After his first attempt to paddle a canoe to the middle of the river and back, Leonid decided to join a canoe club. However, he was turned down at first because he was sick with furunculosis and because coaches found him ‘small and puny’.

Leonid’s second attempt to join the canoe club was successful. Just 45 days later, he won a 1,000m event at the regional competitions.

Leonid met his future teammate Sergey Makarenko at the competitions in Bobruisk. In 1959, 10 days prior to the Spartakiad of the Peoples of the USSR, Belarusian coaches decided to pair them up.

The first big event showed that the coaches made the right decision. In 1959, the fledgling Belarusian athletes were victorious at the USSR championships. In 1960, Geishtor and Makarenko defended the title by winning the USSR championships again. Those victories secured them a place on the USSR team at the upcoming Olympic Games in Rome.

Belarusians Leonid Geishtor and Sergey Makarenko became the best out of 173 canoeists from 24 countries in the C-2 1,000m event on Lake Albano in Italy. Their performance and ‘golden’ triumph will forever remain in the history of Belarus, because their gold medal at the 1960 Olympic Games in Rome was the first medal of such merit in the history of the country.

Leonid Geishtor graduated from Gomel Polytechnic College and later from Gomel Pedagogical Institute (physical education major). After that, he worked at the university as a teacher. Later, he became a coach in a children's sports school where he shared his theoretical knowledge and practical skills with young canoeists for 40 years. Today, despite his age, Leonid Geishtor continues working for the benefit of Belarusian sport.