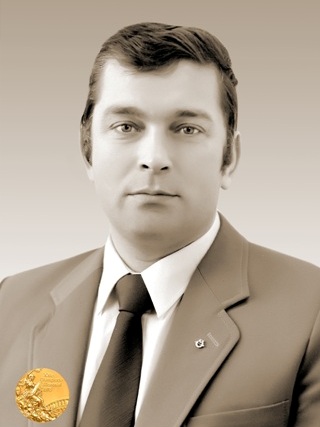 Aleksandr Gazov was born in the village of Brykovo, Moscow Region on 17 June 1946. He took up shooting at the age of 12 inspired by his father who often took the boy with him when he went hunting. Later Aleksandr enrolled in a skeet shooting class and also took speed skating lessons. At the age of 14, he received the Junior Sportsman title in sprinting, and after that he started thinking what sport he should focus on. When he was 16, his father gave him a real shooting rifle as a present. It determined the choice of the sport to pursue.

After serving in the army, Aleksandr Gazov took up running target shooting. In 1973 he joined the training camp of the USSR national team and the same year the athlete participated in his first international competitions in Australia, where he won gold in the Team and Individual events in Running Target Mixed.

Having won the USSR championship Aleksandr Gazov secured a spot in the national team in the 1976 Summer Olympics in Montreal.

In the run-up to the 1976 Olympic Games, the athlete upgraded the Walther rifle shortening the barrel to 42 cm. After that the German company began to produce weapons with such a shortened barrel.

Aleksandr Gazov took the lead on the first day of the competition leaving behind Aleksandr Kedyarov. On the second day of the competition the athlete demonstrated 10-ring performance during test firing, but his first main shot hit only the eighth ring! Aleksandr Gazov got angry and hit the tenth ring nine times. This became a world and Olympic record, and the athlete received the well-deserved Olympic gold.

Aleksandr Gazov had it hard getting into the national team for the 1980 Summer Olympics, but in the end he performed at the Games and won a bronze medal. In 1983 Aleksandr Gazov retired from sport. From 1983 to 1989 he worked as the head coach of the shooting team of the Group of Soviet Forces in Germany, and in 1989 he moved to Minsk. For some time he was in charge of the Marshal Tymoshenko shooting range and quit in 1992.

After divorcing his first wife, he moved to the village of Kolodchino, Vileika District, Minsk Region, where he lives to this day.