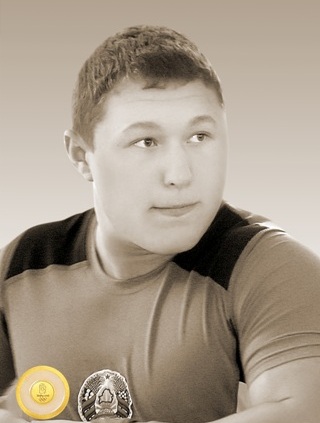 Andrei Aramnau was born in Borisov on 17 April 1988. He joined the weightlifting school at the age of 8. His first coach was Vladimir Borzdakov. The young athlete quickly began showing results due to his persistence, determination and hard work. At the age of 16-17 he lifted the weight that not many adult professional athletes could.

In 2006, the 18-year-old weightlifter missed several competitions due to injuries. Yet, 2007 was a truly triumphant year for him. He won gold in the -105kg at the junior world championships with the total weight of 407kg. Later that year he won a gold medal in the -105kg category at the world weightlifting championships, with a total of 423kg and a world record. At the 2008 Summer Olympics he claimed a gold medal in the 105kg category with world records in the snatch with 200kg, in the clean and jerk with 236kg, and with a total of 436kg.

In 2016, Andrei Aramnau had to call time on his professional career due to injuries and took up coaching. Yet, in early 2017 the athlete returned to the sport. Now Andrei Aramnau is actively training and participating in competitions in order to have an opportunity to compete in the 2020 Summer Olympic Games in Tokyo.