Games of the II Olympiad

The Games of 1900 were held in Paris as part of the Exposition Universelle Internationale - the Paris World's Fair. The exposition organizers spread the events over five months and de-emphasized their Olympic status to such an extent that many athletes died without ever knowing that they had participated in the Olympics. Women made their first appearance in the modern Games. The first to compete were Mme. Brohy and Mlle. Ohnier of France in croquet. The first female champion was in tennis: Charlotte Cooper of Great Britain. Tennis was one of five sports in which athletes from different nations competed on the same team. The others were football, polo, rowing and tug of war. Alvin Kraenzlein won four athletics events in three days and, on 16 July, Ray Ewry, who had overcome childhood polio, won three championships in one day - all in the standing jump events. 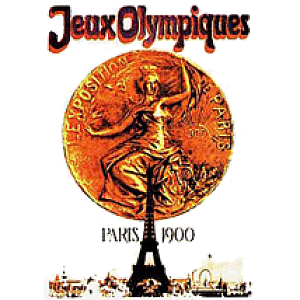