The first-day-of-issue dedication ceremony took place on 16 December and was attended by Vice President of the NOC Belarus Dzmitry Dauhalionak, Chairman of the Paralympic Committee Oleg Shepel, and Deputy Communications and Informatization Minister Natalya Gordeyenko.

The souvenir sheet and the First Day cover feature the logo of the National Olympic Committee of the Republic of Belarus.

Dzmitry Dauhalionak noted that the National Olympic Committee started collaborating with organizations subordinate to the Communications and Informatization Ministry, including Belpochta, 25 years ago when the 1996 Summer Olympic Games were held. Over the years, the issue of sets of commemorative stamps and souvenir sheets celebrating Belarus’ Olympic successes has become a good tradition.

“It is an important project that helps promote sports. Postage stamps can turn up anywhere in the world, thus people living in the other part of the world will learn about our athletes, about Belarus. This is an advertisement of our Olympic movement,” Dzmitry Dauhalionak said.

Postal projects consist of a souvenir sheet, the First Day cover and a special postmark. Each set consists of seven thousand stamps.

Since gaining independence, the Republic of Belarus has released over 1,440 state postage stamps, which are used to pay for mail services and in stamp collecting.

Belarusian postage stamps feature national themes and chronicle the history of the state. The variety of designs and themes on stamps is enormous.

More than 200 Belarusian stamps celebrate the athletes and country’s achievements in tennis, ice hockey, biathlon, basketball and other sports. 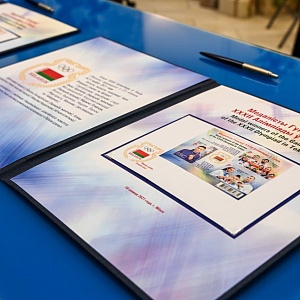 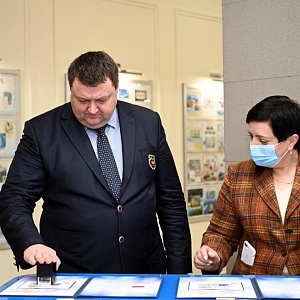 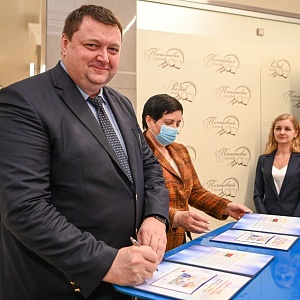 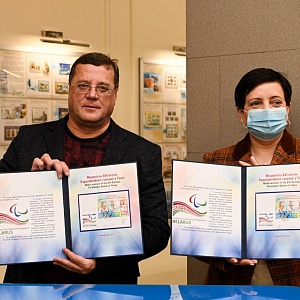