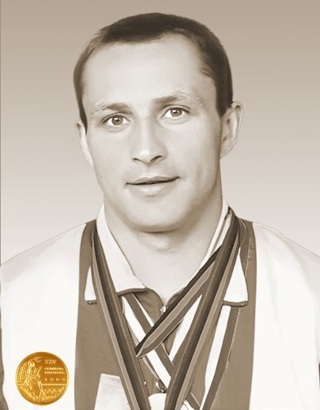 Honored Master of Sports of the USSR

Aleksandr Maseykov was born on 26 July 1971 in Mogilev. Before taking up rowing, Aleksandr tried different sportы. At first, he devoted three years to fencing. Then he tried swimming, athletics, skiing, and volleyball.

At first Aleksandr Maseykov was not admitted to the rowing club because he wasn’t tall enough. After a while, coach Aleksandr Puchko came to the club and recognized the talent in the short and persistent teenager.

Despite his success at his first tournament – he became champion of the Junior Championship of the Soviet Union – the athlete was not included in the national youth team due to his height. For a long time, there was a strong opinion, that only athletes who were at least 181cm tall were promising in rowing. But Aleksandr Maseykov was only 178cm tall. The young athlete won the championship of the Soviet Union seven times before he made part of the national team.

Sergei Postrekhin, who worked as a coach of the USSR youth team, decided to partner two athletes, Dmitri Dovgalyonok and Aleksandr Maseykov. Since 1990, the two athletes began to perform together. In 1990-1991, they won many awards at competitions of various levels. But their main goal was to perform at the 1992 Summer Olympics in Barcelona.

According to the results of the pre-Olympic competitions, Dmitri Dovgalyonok and Aleksandr Maseykov got the right to participate in the 1992 Olympics in Barcelona.

The first Olympic preliminary events were not very successful for the Belarusian pair. However, they overcame the nervousness, did their best and advanced to the final where they demonstrated the level of their training. In the final race, the Belarusians beat fifteen teams by clocking 1:41.51 and thus winning the gold medal.

In 1994, the canoe pair won the 200m event at the Canoe Sprint World Championships. Also, the Dovgalyonok- Maseykov duo qualified for the next 1996 Olympics in Atlanta but placed only ninth in the final race.

At the next 2000 Summer Olympics, Aleksandr Maseykov performed in the C-1. He came 14th in the 500m event. After the Olympic Games, he announced the retirement from sport.

After leaving sports, the Olympic champion headed the Mogilev regional council of the Belarusian Fitness and Sport Society Dinamo and worked as a coach in Canada. However, the athlete found his vocation in working with the younger generation. Aleksandr Maseykov set up and headed the Mogilev Youth Sports School for rowing.

On February 1, 2014 Aleksandr Maseykov became head of the new Mogilev Olympic Reserve Center for Rowing which was set up on the basis of the Youth Sports School and the rowing centers of the Regional School of High Sports Mastery.