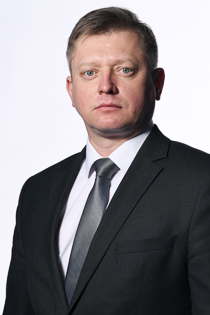 Director of the National Anti-Doping Agency

2007 – graduated from the Academy of Public Administration under the aegis of the President of the Republic of Belarus (public   administration in the social sector).

1994-1998 - coach-teacher at the Mogilev Olympic Reserve School for Rowing.

2004-2013 - state coach at the Sports and Tourism Ministry of the Republic of Belarus, Minsk.