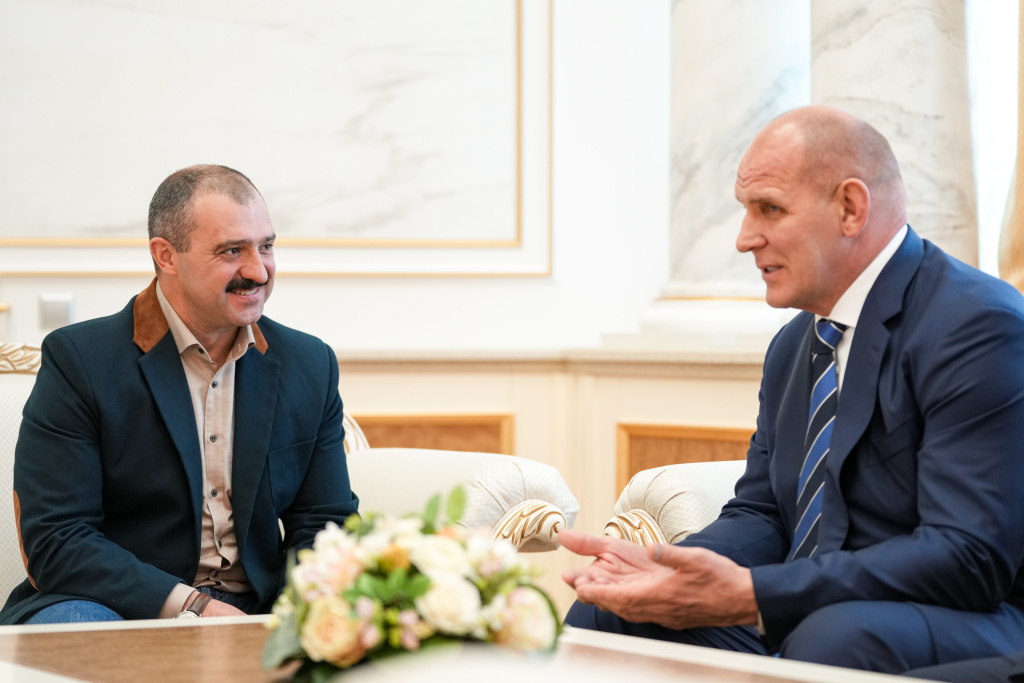 At the beginning of the meeting, the renowned wrestler thanked the president of the Belarusian NOC for the opportunity to attend the National Athletes Forum in Minsk in April as part of a Russian delegation.

During the meeting, the parties discussed the forms of interaction between Belarus and Russia in sport and the development of the Olympic movement, and condemned the decisions of many international sports federations to suspend athletes of the two countries from important competitions.

The renowned wrestler is in Minsk for the international parliamentary conference “Historical Memory: the Great Victory Gained by Unity”. In his words, today it is crucially important to cherish the memory of the great feat of the Soviet people. Belarus, in his opinion, is an example to follow by many. In this regard, he praised the unique exposition of the Belarusian State Museum of the Great Patriotic War History. 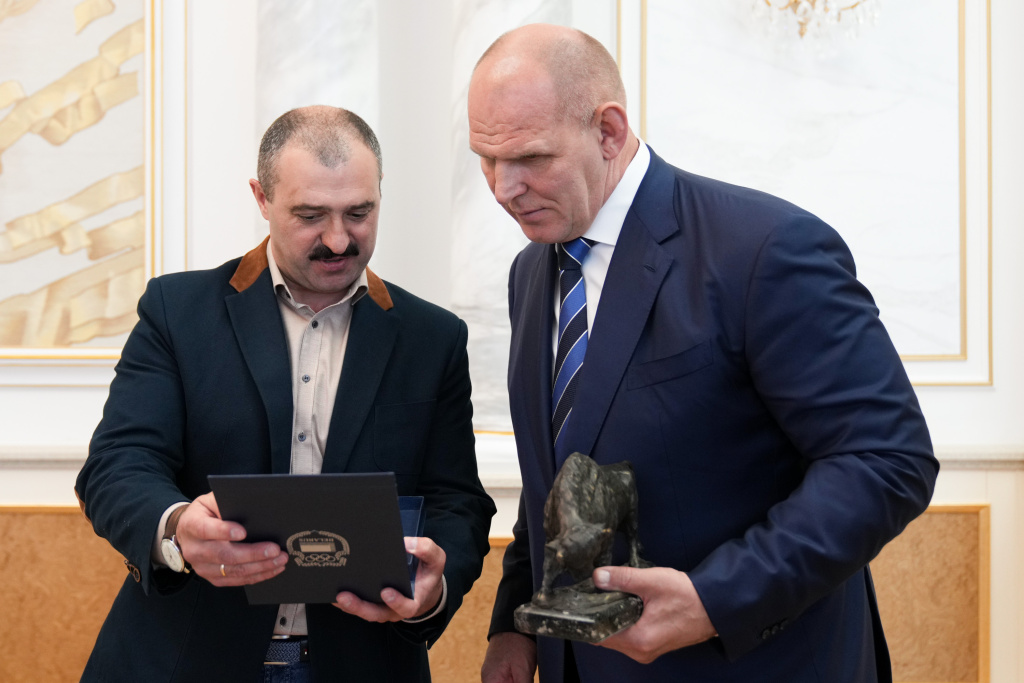 At the end of the meeting Viktor Lukashenko and Aleksandr Karelin exchanged memorable gifts.

Champions and medalists of Barcelona Olympics honored at NOC of Belarus