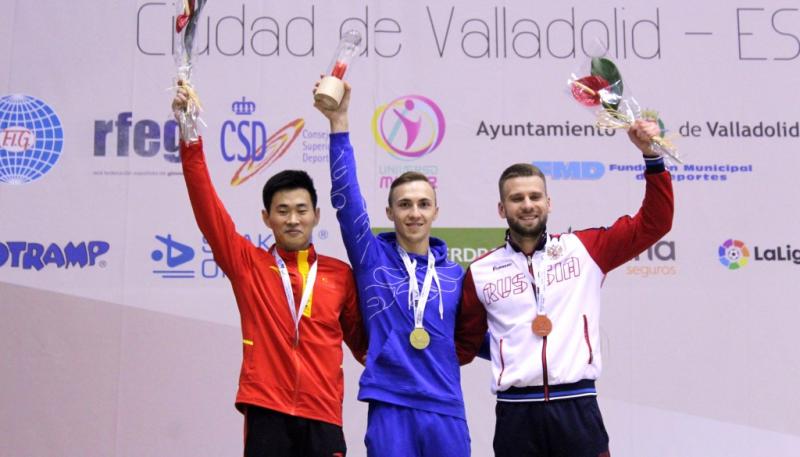 The Trampoline World Cup was finished In Valladolid.

In the competition among men, the Belarusian Uladzislau Hancharou won first place - 61.445 points. The principal opponent of the Belarusian Gao Lei from China took second place - 61.380. The bronze medalist of the World Cup from Russia Andrei Yudin - 60.945 points.

Belarusians Ivan Litvinovich and Mikita Fomchanka became bronze medalists. The result of Belarusians is 50.390 points. Only rivals from Japan Daiki Kisho and Ryusoki Sakai - 52.380 and Jason Barnett and Jeremy Chartier from Canada - 51.020 points were able to get ahead of them. 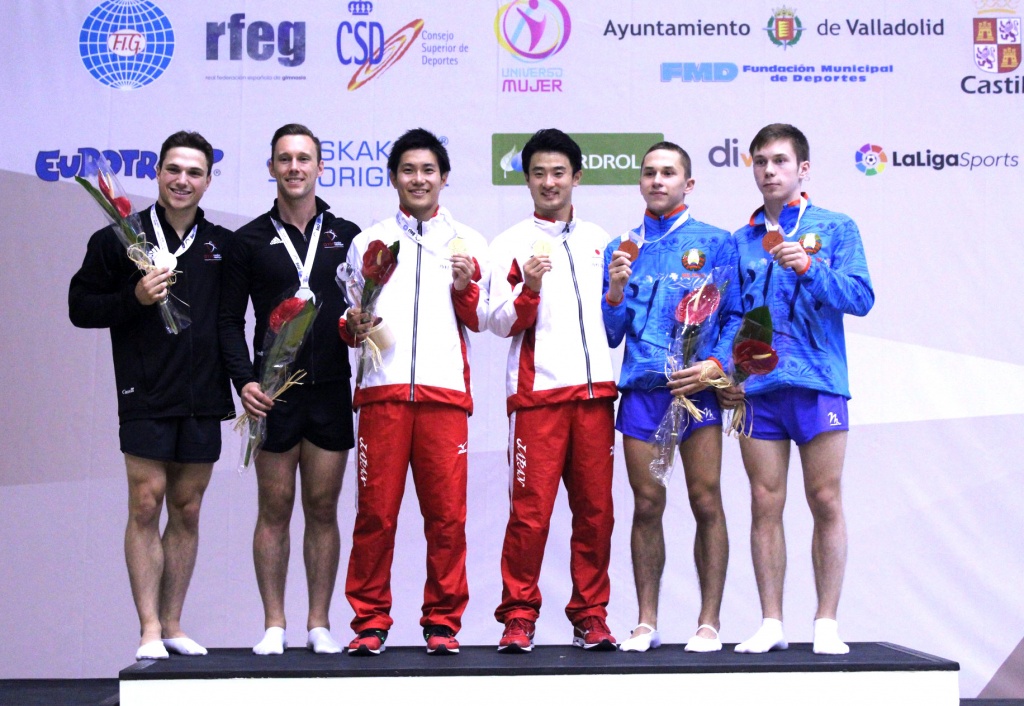