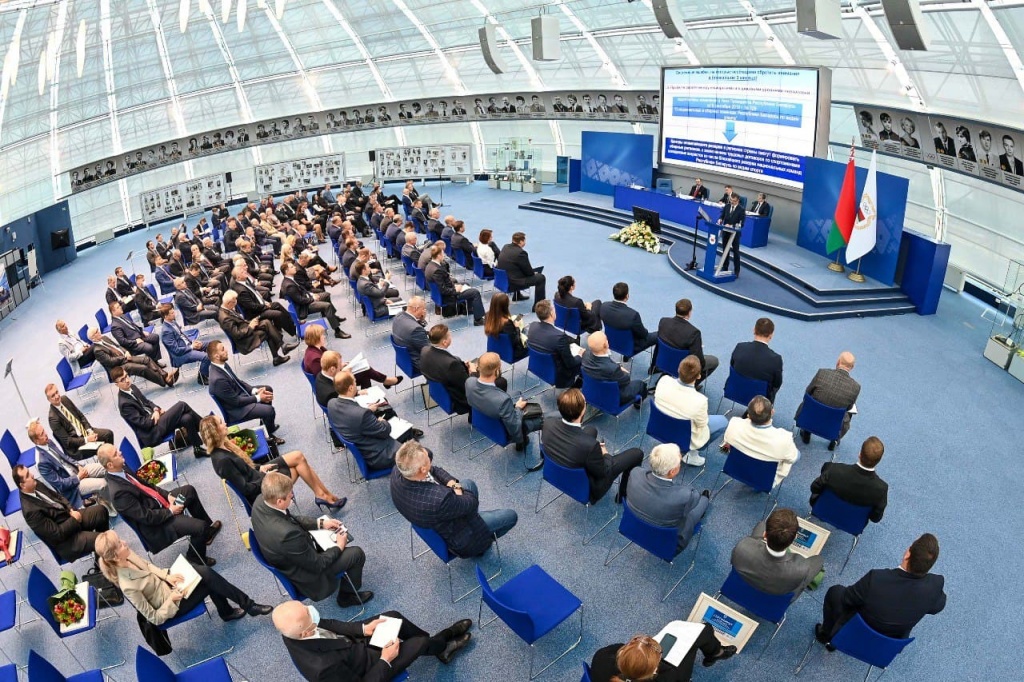 On September 28, 2021, at the headquarters of the NOC Belarus, a joint meeting of the National Olympic Committee of the Republic of Belarus and the Ministry of Sports and Tourism of the Republic of Belarus «On the results of the Belarusian athletes performance at the XXXII Summer Olympic Games and the XVI Summer Paralympic Games Tokyo 2020» was held. 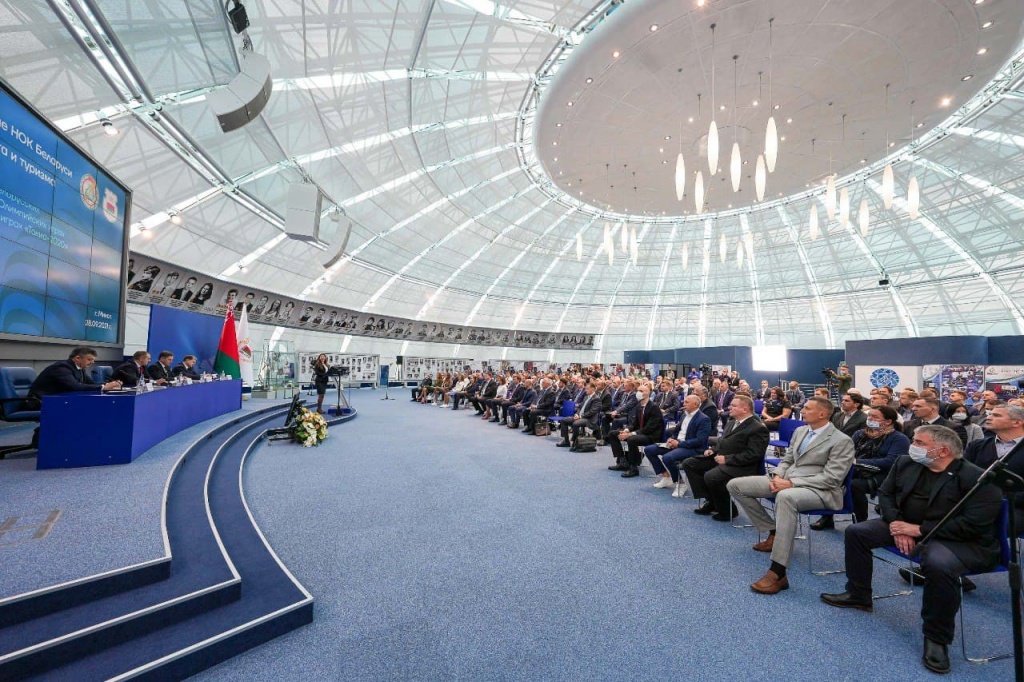 Analysis of the reasons for the failures of Belarusian athletes at the Tokyo Games is one of the most important topics on the agenda of the second part of the joint meeting of the National Olympic Committee and the Ministry of Sports and Tourism, dedicated to the results of the Olympic and Paralympic Games in Tokyo. 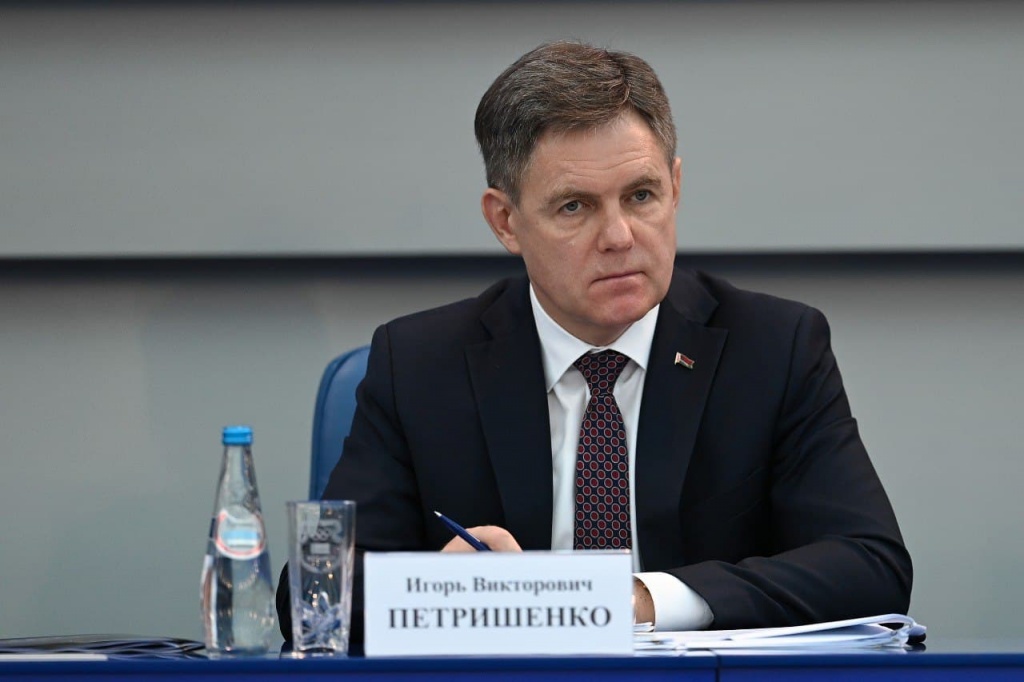 Deputy Prime Minister Igor Petrishenko noted that at the moment in sports the most important thing is to evaluate what could not be done. «Relevant criticisms were also expressed by the Head of State. We discussed why it was not possible to achieve a better result and what needs to be done in order to take into account the mistakes that were made and to perform with dignity at the next Summer Olympic Games in Paris. In addition, it is necessary to conduct high-quality preparatory work for the 2022 Winter Games in China, which is now at its final stage. Our sport should be at the right place in the international ranking according to the results of various starts: the Olympic Games, the World and European Championships, – Igor Petrishenko noted. – Everything necessary for this – infrastructure, material incentives – is available in our country. The only task is to ensure that all this is efficiently implemented by the coaching staff and our athletes. Together we must do this work. Then there will be the result that we plan and that people in our country are waiting for, in order to be even more proud of the achievements of our state».

The president of the NOC Viktor Lukashenko said that the awards of the Olympic Games are not just a worthy assessment of the work of each athlete. «This is the most important indicator of sports development in any country and a matter of special pride. The results at the Games give a aclear understanding of the level of how different sports are developed.

Unfortunately, at the Tokyo Games, not everyone was able to cope with the tension, tune in to win in conditions of fierce competition with rivals. The most important thing now, in my opinion, is not even an assessment of what omissions we have committed and who is to blame for them, although this is quite important. The most important thing is to get ready to work for the future Olympics in Paris, to make all the necessary decisions. We will continue the practice of financial support for athletes and coaches. It will, of course, directly depend on the results achieved and the medals won. The return of the sports industry should correspond to the funds invested by the state. It is also necessary to seriously analyze the composition of the management personnel of physical culture and sports organizations and evaluate the results of their activities. Separately, it is necessary to return to the issue of the development of youth sports, selection and training of the sports reserve, – Viktor Lukashenko said. 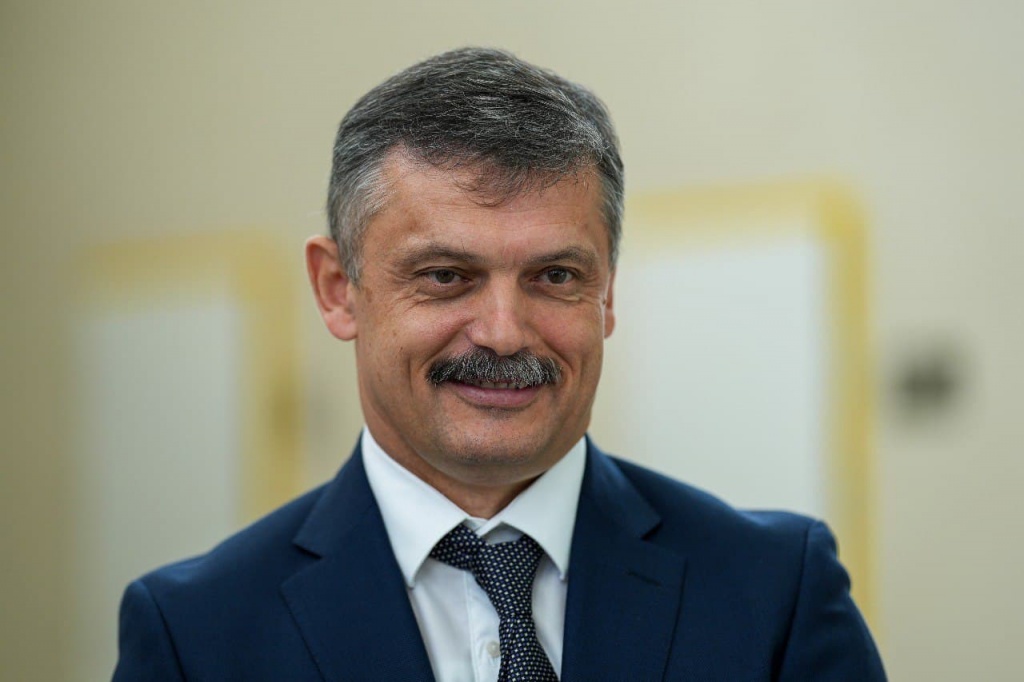 The head of the sports industry Sergey Kovalchuk in his report pay attention to the increasing competition in world sports. «Today we are summing up the results of our performance at the Olympic Games in Tokyo. Belarusian athletes performed with very high-level opponents in the Japanese capital, and the competition is only growing with each Game. Previously, the point of view has already been voiced that the results in Tokyo could and should be higher. I agree that in many kinds of sport we have not fully realized our potential. We expected more from tennis, kayaking and canoeing, representatives of cycling, gymnastics, judo, and weightlifting performed unsatisfactorily in Japan. Appropriate assessments in these sports have been given and conclusions have been drawn», – Sports Minister Sergei Kovalchuk said.

He also noted the achievements of the Paralympians, but also pay attention to the fact that only one athlete has won five gold awards, and Paralympic sport should not rest on its laurels in any case.

Sergey Kovalchuk also named the main reason for many failures in sports. "Discipline should be at the heart of any preparation, training process, in all areas of activity. Republican Olympic training centers, sport schools, everyone at their own level needs to take this under control. A good example of discipline in teams of trampolining, rhythmic gymnastics, kayaking and canoeing. It is still necessary to pay special attention to the patriotic education of young people. The anthem, the flag, the national emblem should not remain nothing to them. The state has done a lot to develop a sports base that largely meets the necessary international standards, and athletes should appreciate this," he said.

The Minister also drew attention to scientific, methodological and medical support. «This year it is necessary to complete the development of curricula for sports and selection criteria for Olympic reserve schools. Next year, in each sport, in each federation, all methodological literature on the training of top-level and reserve athletes should be developed. We have not so much time before Paris, and the main thing in the work of the sports industry is the strict implementation of approved plans and compliance with discipline», Sergey Kovalchuk said. 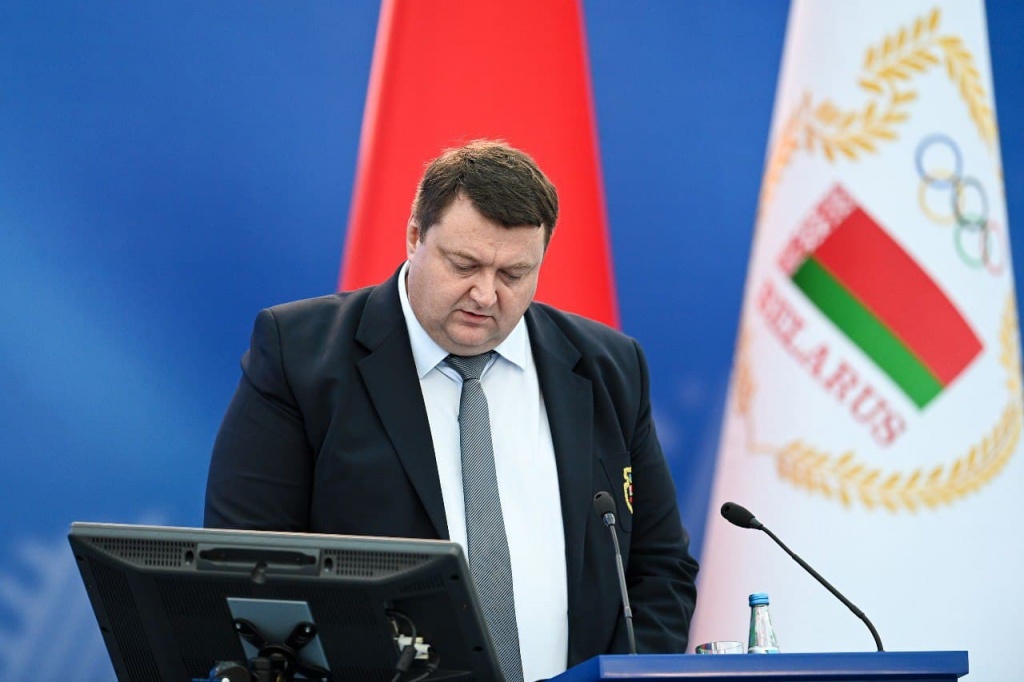 The chief of the mission at the Games of the XXXII Olympiad in Tokyo Dzmitry Dauhalionak summing up the important starts, noted that the living and training conditions met all the criteria, but it is necessary to approach the organization of preparation for each Olympiad very responsibly. «As the Minister of Sports noted in his speech, one of the main problems is discipline. This applies not only to athletes, but also to representatives of federations in organizing preparations for important starts. The Belarusian delegation managed to solve a serious transport issue before going to Japan. Thanks to our Turkish partners, we have avoided many problems. Another important component of participation in the Games is compliance with anti-COVID rules. They were tough and required control. The administrative group also closely dealt with all emerging issues and, I note, we avoided serious problems. Unfortunately, I have to pay attention to the lack of professionalism in the work of national teams.

Having made conclusions and outlining prospects for the future, I emphasize that we must closely monitor the nearest reserve of national teams, monitor the activities of sports industry specialists more often and achieve the tasks set," – Dzmitry Dauhalionak said.

The system of individual support, which included mandatory and extraordinary medical examinations of athletes, scientific testing and analysis of athletes' achievements - components of the preparation and participation of the Games in Tokyo. Irina Malevanaya, director of the Republican Scientific and Practical Center of Sports(RSPC), told about this in her report. «The work on medical support was carried out by more than 60 doctors of national teams, about two dozen doctors-curators of the RSPC of Sports. There were four structural divisions in the Olympic Village in Tokyo: the offices of a doctor and a traumatologist, laboratory diagnostics, and a physiotherapy room. In total , there are more than 1 thousand times our athletes turn to the doctors. I would like to note that everything worked well-coordinated, athletes did not have serious health problems during the Olympics, and cases of infection or first–level contacts with coronavirus infection were avoided," Irina Malevanaya said.

Summing up the results of the meeting, the participants of the joint meeting of the NOC of Belarus and the Ministry of Sports expressed the need to create a working group of representatives of federations (unions, associations) for sports, executive authorities as soon as possible to make changes in basic regulatory legal acts of the sports industry. Also, all who present in the meeting expressed confidence that the tasks before the Games of the XXXIV Olympiad in Paris will be fulfilled, and in 2024 Belarusian athletes will try to significantly improve their positions following the results of the main starts of the quadrennial.

The press department of the NOC Belarus