On September 28 at the headquarters of the National Olympic Committee of the Republic of Belarus, the medalist of the Games of the XXXII Olympiad and the XVI Paralympics in Tokyo 2020 were honored.

President of the National Olympic Committee of Belarus Viktor Lukashenko addressed the athletes and coaches with a welcoming speech.

"Dear medalists of the Tokyo Games! I am sincerely grateful to you for being able to show high professional skills and glorify our Belarus in the international sports arena. The whole country was rooting for each of you. Thank you for the positive emotions that you have given to millions of Belarusian fans.

Big sport is always a lot of work and a little luck. On the way to the Olympic triumph, you spared no effort, set ambitious goals for yourself and thanks to this you achieved excellent results," noted Viktor Lukashenko in his welcoming speech. 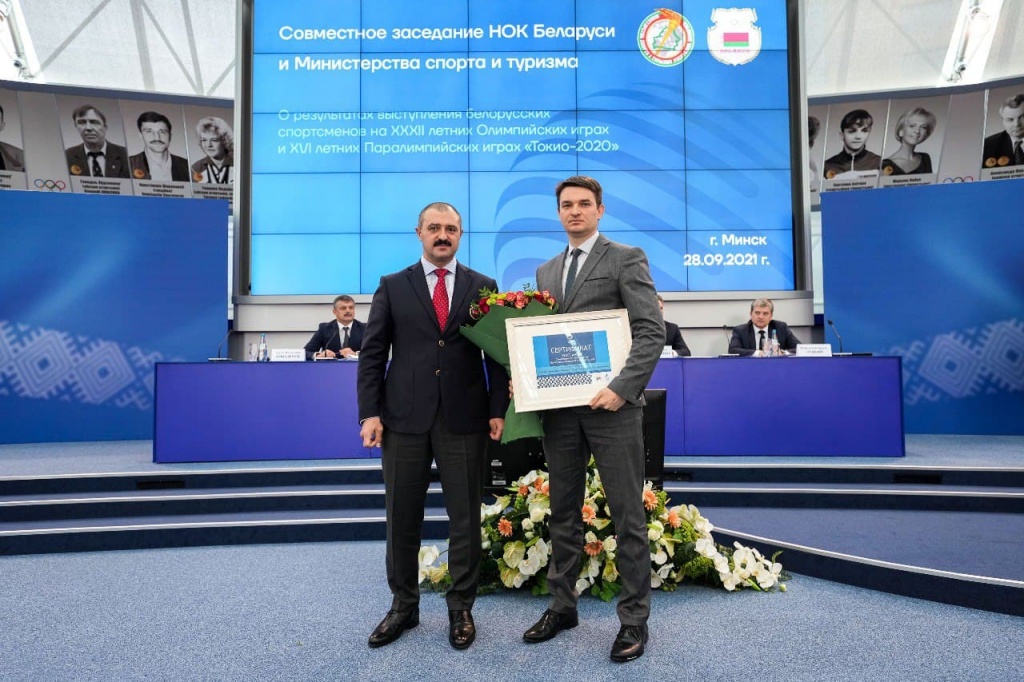 The Belarusian team at the Games of the XXXII Olympiad was represented by 105 athletes who competed for medals in 20 sports.

The gold medal was won by Ivan Litvinovich (trampoline jumping).

Belarusian athletes competed in five sports at the Paralympics. The greatest contribution to the medal piggy bank was made by swimmer Ihar Bokiy, who received five awards of the highest standard. Silver was won by swimmer Egor Shchelkanov. Bronze is on the account of the athlete Elizaveta Petrenko in the javelin throw.

The first and personal trainers made a huge contribution to the education of future prize-winners and were also rewarded at the ceremony.

Today the winners of the Olympic Games in Tokyo have also left their autographs on the photos, which are placed in the museum exposition of the NOC of Belarus. Margarita Makhneva, Nadezhda Popok, Maxim Nedosekau, Vanessa Kaladzinskaya, Irina Kurachkina, Alina Harnasko were in the spotlight of the press and guests. 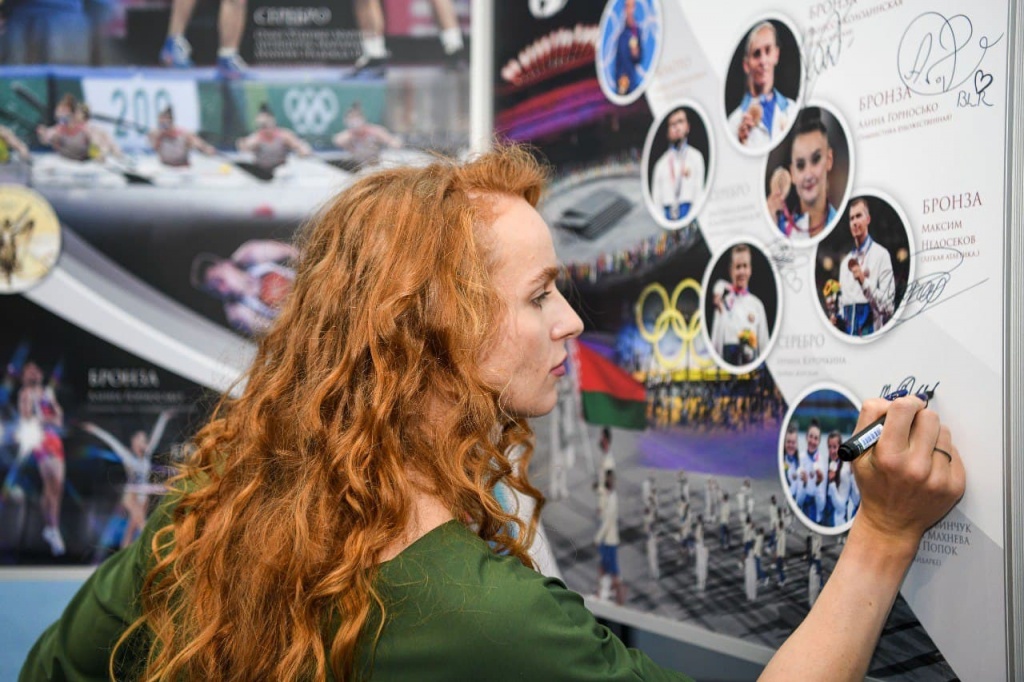 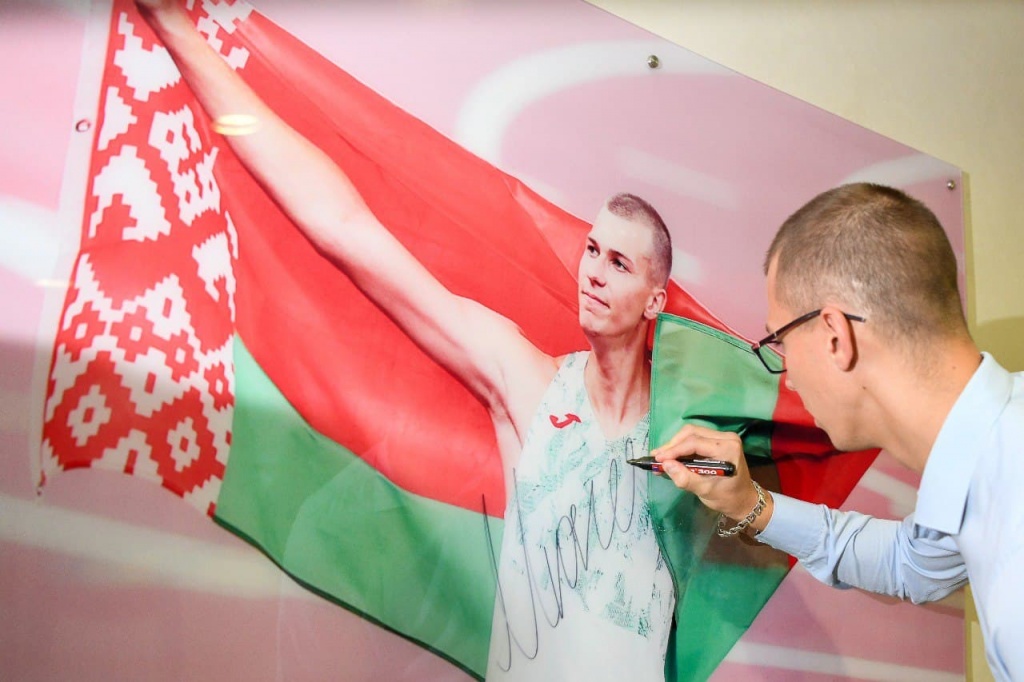 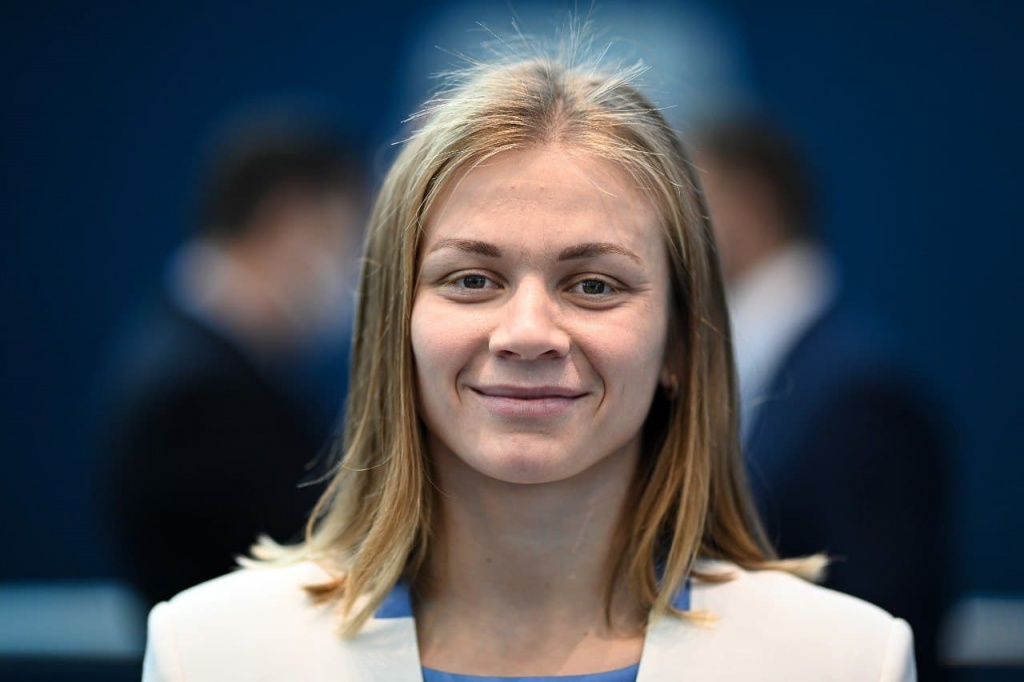 "It's nice to remember the moments of the Olympics in Tokyo, although there was such emotional devastation after. Now we are coming to our senses. Thank you so much for inviting us to the honoring ceremony. We were able to meet everyone and congratulate them. The athletes liked that their merits are appreciated and celebrated. Now again it is already necessary to prepare for the next starts in the new season," said Irina Kurachkina.

Several athletes, including Olympic champion Ivan Litvinovich and five-time winner of the Tokyo Paralympics Ihar Bokiy, as well as prize-winners of the Games Marina Litvinchuk, Volha Khudzenka, Magomed Kadimagomedov could not personally arrive at the NOC of Belarus today. Personal trainers and representatives of federations received awards for them. 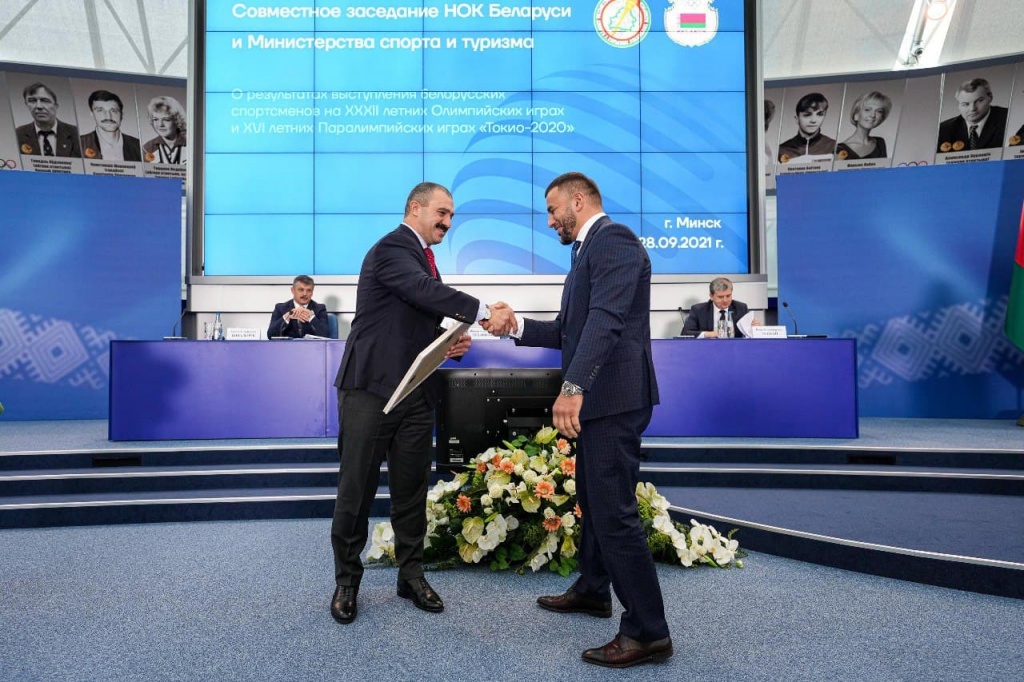 In order to further stimulate federations (unions, associations) in sports, the NOC Executive Committee decided to award monetary certificates based on the results of successful performance at the Games of the XXXII Olympiad in Tokyo to the following sports organizations: 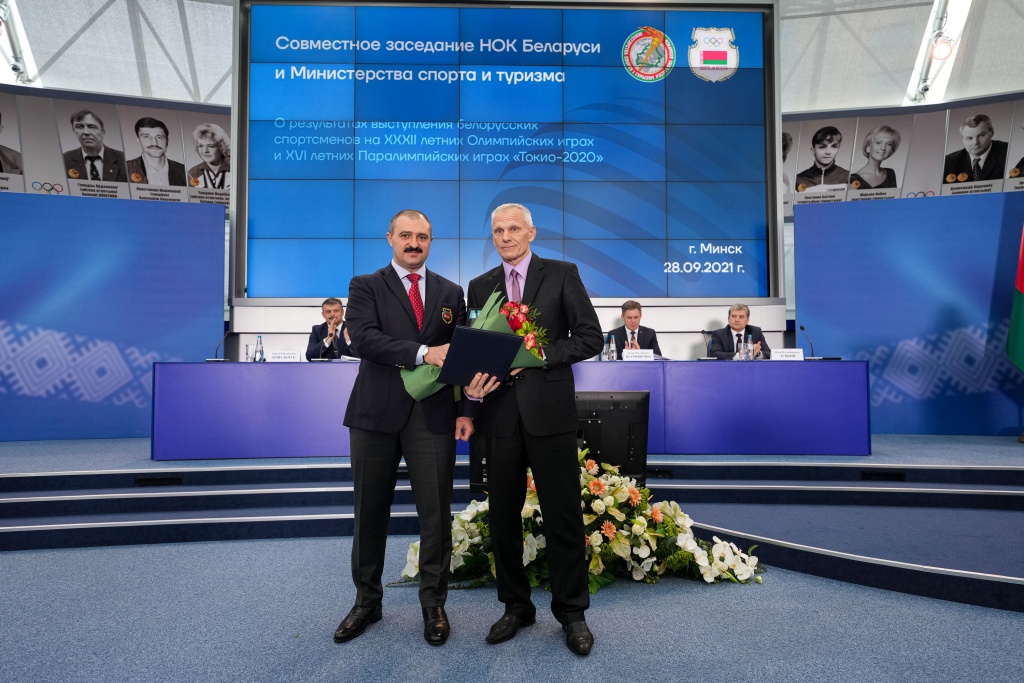 During the celebration, the educational institution "Gomel State School of the Olympic Reserve" was awarded the honorary badge of the National Olympic Committee of the Republic of Belarus in connection with the 50th anniversary of its formation. 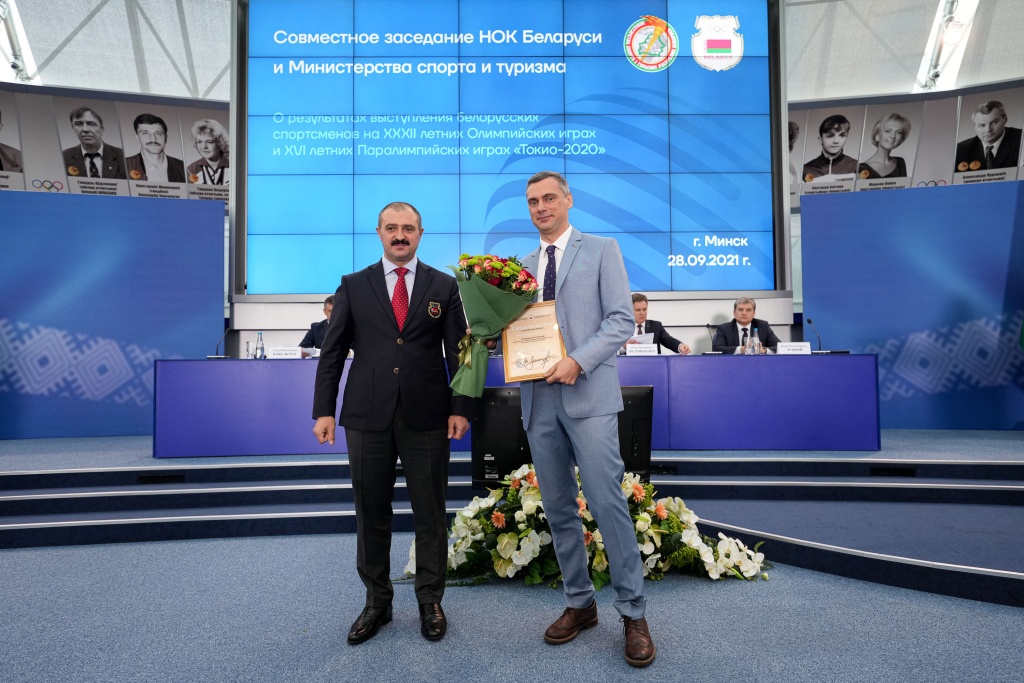 The press department of the NOC Belarus