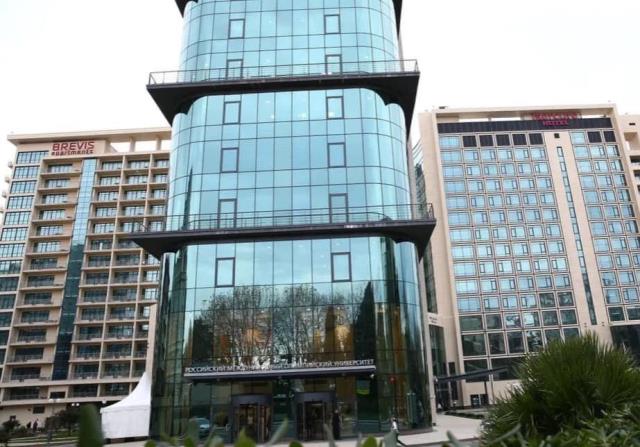 Russian International Olympic University (RIOU) has celebrated the 10th anniversary. Vladimir Putin, the President of the Russian Federation and the head of the Board of Trustees of the university took part in the celebrations that were held on December 3 in Sochi. RIOU earned credibility of one of the most significant universities in sports education. The university personnel spreads state-of-the-art knowledge that are necessary in Olympic education.

RIOU has a top-notch educational campus in Sochi, while its headquarter is located in Moscow.

Sergey Repkin, the rector of the Belarusian State University of Physical Education, member of the Executive Board of the National Olympic Committee of Belarus congratulated the university on its anniversary.

During the event, the executive board of RIOU was presented the honorary badge of the NOC “For Merits in the Development of the Olympic Movement in the Republic of Belarus” and handed over a congratulatory address from Viktor Lukashenko, the First Vice President of the NOC of Belarus. 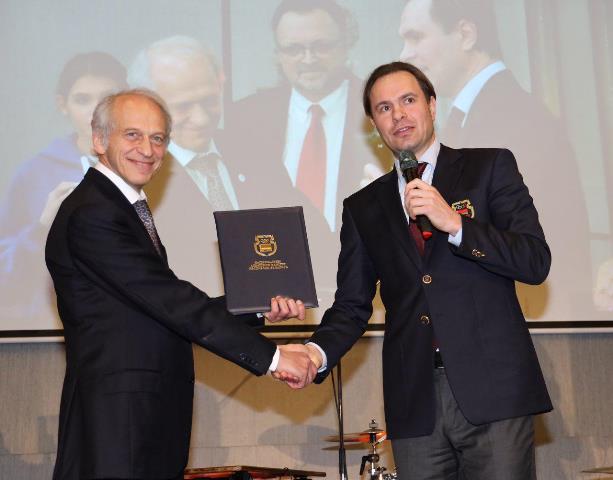 For over two years, the NOC of Belarus developed a fruitful cooperation with RIOU - a strategic research and educational center for sports industry not only in the Russian Federation, but throughout the world. More than 100 Belarusian specialists of sports were empowered with a unique opportunity to complete university programs. A clear demonstration of the close cooperation was reflected in signing the Memorandum on Cooperation between the above organizations on the opening of the II European Games in 2019 in Minsk

The university teachers provide a high level of training with the in-depth knowledge and hands-on experience creating the intellectual wealth for the global sports community and strengthen the image of the Olympic movement at the international arena, ” - congratulatory speech stated.