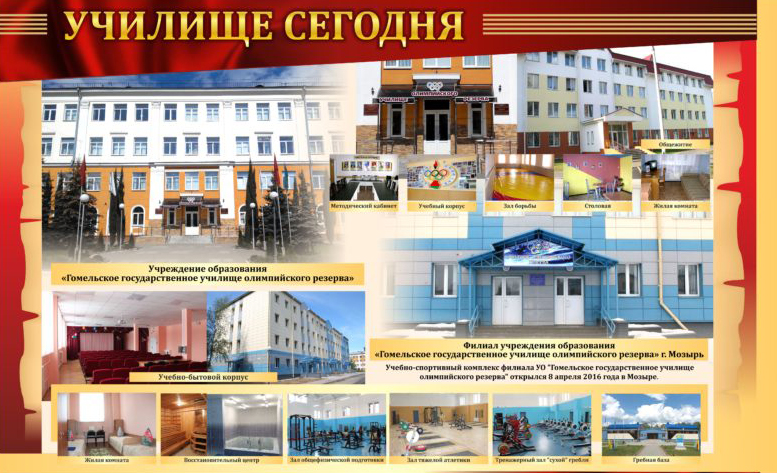 On October 1, the 50th anniversary of the foundation is celebrated by the Gomel State School of the Olympic Reserve. It is one of the leading educational institutions of the sports industry in Belarus.

President of the NOC of Belarus Viktor Lukashenko congratulated the team on the anniversary. "Gomel SOR continues the best traditions which includes successfully training sports personnel that will become future stars of the national sports Olympus. The high achievements of students and graduates indicate on the well-coordinated work of the coaching and teaching teams, high professionalism and responsibility for the results.

On this solemn day, I express my gratitude to the entire staff of the school for their significant role to the development of the Olympic movement of our country.

I sincerely wish the teachers, staff, students and graduates of the educational institution good health, happiness, well-being, endurance and fortitude, victories and achievements of new heights towards the development of Belarusian sports!", the congratulation reads.

Gomel State School of the Olympic Reserve was awarded the honorary sigh of the National Olympic Committee of the Republic of Belarus with regard to the 50th anniversary of its formation.