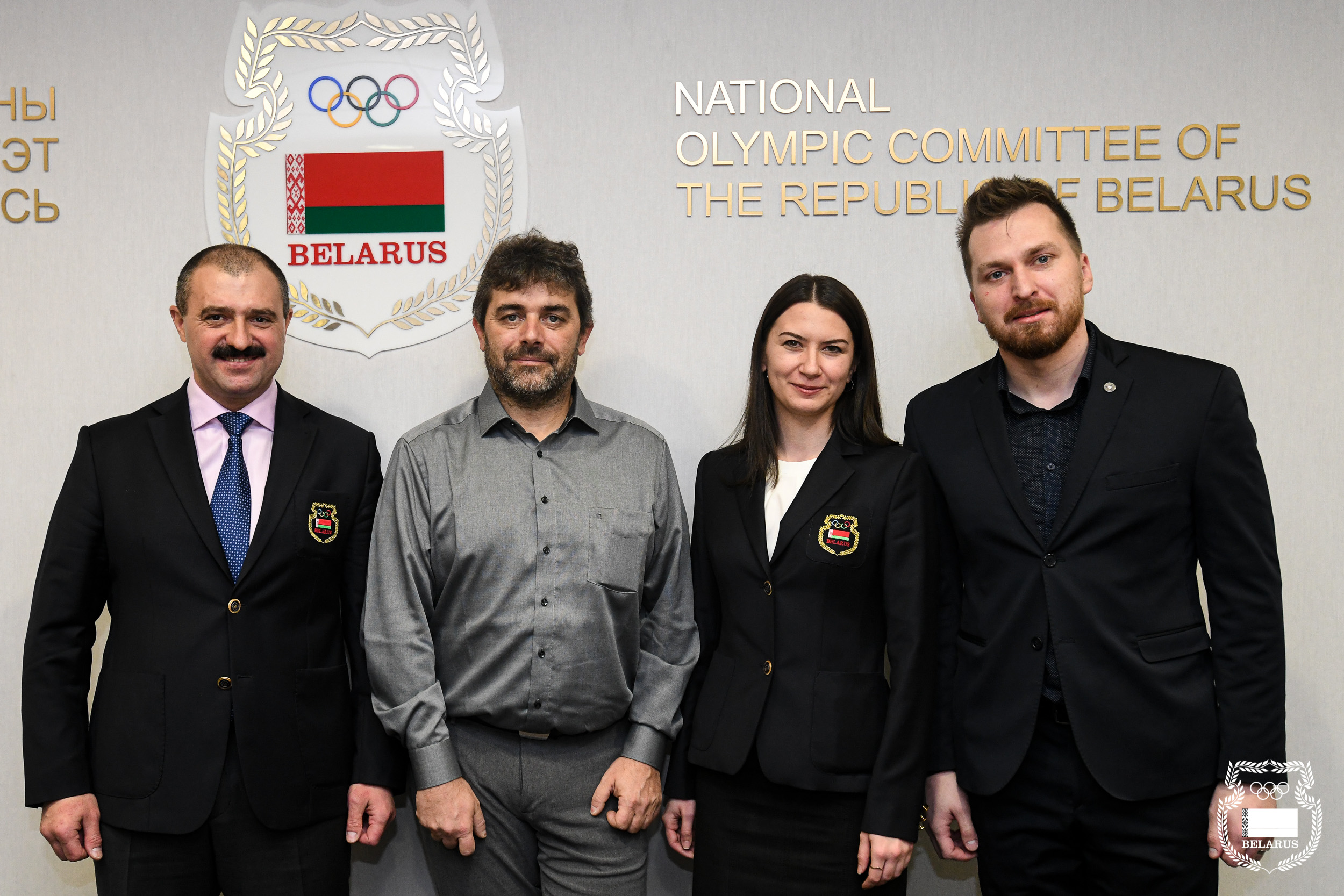 NOC Belarus First Vice President Viktor Lukashenko met with Andrea Rinaldi (SUI), the FIS Freestyle Moguls and Aerials Race Director, at the headquarters of the National Olympic Committee of the Republic of Belarus.

The FIS official is in Minsk to inspect the preparations for the world and European aerials cups in 2021. This is his first international visit in the capacity of the FIS Freestyle Moguls and Aerials Race director.

The parties discussed the development of this discipline in Belarus and the cooperation of the FIS with Belarus Ski Union and the national federation in promoting winter sports. 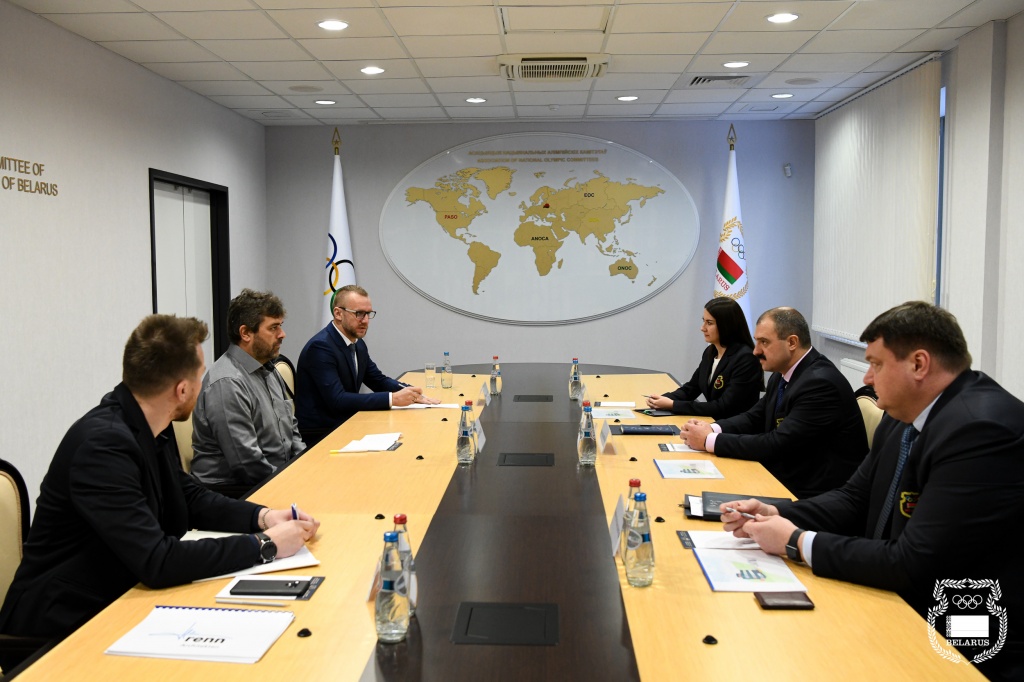 Viktor Lukashenko thanked the FIS official for the visit and added that the Belarusian side is looking forward to fruitful cooperation with the International Ski Federation. “I would like you to visit as many sports facilities as possible. We are open and honest with all our partners and friends who come to visit our country. We hope you become a friend of Belarus and get answers to all the questions,” the first vice president noted.

Andrea Rinaldi said that this is his first time in Belarus and he already visited Minsk Arena that will host the 2021 IIHF World Championship. “Being a big fan of this sport, I am impressed by the complex,” he said.

He also noted that Belarus plays an important role in the International Ski Federation. “Since 1998, Belarusian athletes have constantly graced the Olympic podium [Belarusian aerial skiers have won a total of seven medals at the Winter Olympic Games: four gold, one silver and two bronze medals – note by the NOC Belarus]. At the Winter Olympic Games in PyeongChang, Hanna Huskova won a gold medal. We really want your team to keep performing at such a high level. I met with representatives of the Belarusian aerials team many times. They are known for their great professionalism. I would like to continue to exchange best practices with our Belarusian colleagues. I would like to thank the NOC Belarus and the Belarus Ski Union that are doing a lot to promote the sport. The recent FIS Freestyle Ski Aerials World Cup in Ruka (Finland) was broadcast in 14 countries. I sincerely hope that the NOC will support the upcoming FIS Freestyle Ski Aerials World Cup in Raubichi in February 2021, which will be held ahead of the World Cup in Calgary. I don’t see any problems for the aerials teams that will come to Raubichi in February,” Andrea Rinaldi said.

Viktor Lukashenko pledged support on the part of the NOC Belarus for the Aerials World Cup. “I am confident that the competitions will be organized to a high standard. Aerials is a popular sport in our country, first of all, thanks to the achievements of Belarusian athletes.”

Photos by the NOC Belarus