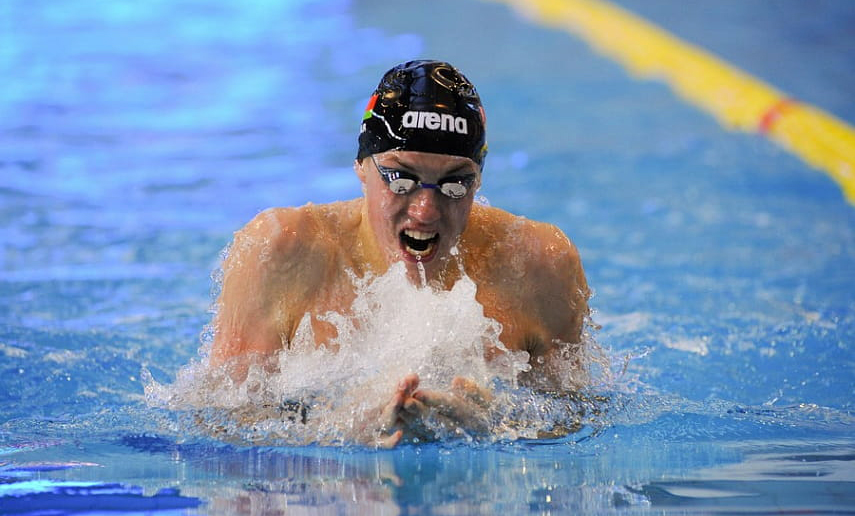 On the final day of the Belarusian Open Swimming Championship in the 25-meter pool, December 19, one of the leaders of the national team Ilya Shimanovich set a world record in the 100 m breaststroke – 55.34 seconds.

The previous achievement was set on November 22 by Adam Peaty of Great Britain – 55.41 sec. – at the stage of the World Series (ISL), which is not held under the auspices of the International Swimming Federation (FINA), respectively, Peaty's record is still awaiting approval. The officially registered best time according to FINA in the 100 m breaststroke on "short" water is the achievement of 2009 year Cameron van der Burgh (South Africa) – 55.61 seconds.

During the Belarusian Open Swimming Championship, several more national records were set in the 25-meter pool (non-Olympic type), including Anastasia Shkurdai's best time in the 100-meter backstroke – 56.87 seconds. The previous record belonged to Alexandra Herasimenya – 56,98 sec. – and it was established in 2009.

The next big start for belarusian swimmers will be the international tournament in St. Petersburg "Salnikov cup", which starts on December 21.