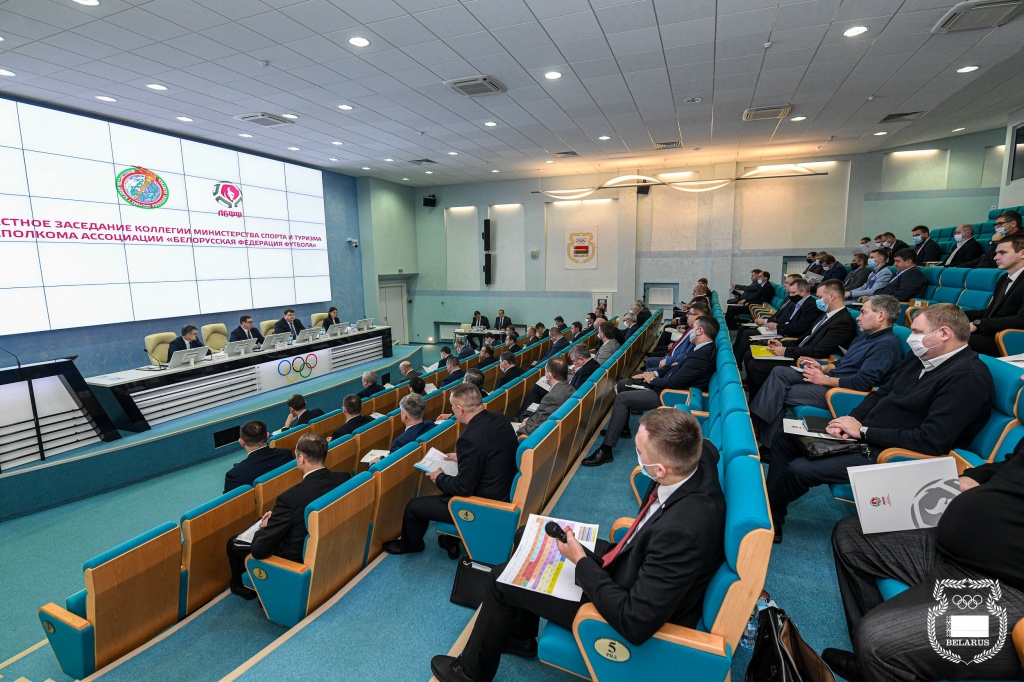 The National Olympic Committee of the Republic of Belarus held a joint meeting of the board of the Ministry of Sports and Tourism, the association "Belarusian Football Federation", where the issues of the position and prospects of football development in the country were discussed.

The chairman of the association "Belarusian Football Federation" Vladimir Bazanov made a report at the meeting of the board, as well as the first deputy chairman of the BFF Yuri Vergeichik, the director of the football club "Vitebsk" Nikolai Vaytyukhovsky, director of the Gomel city specialized children and youth school of Olympic reserve №8 Oleg Rakov, technical director of the Association Dmitry Kasenok. During the meeting, the participants expressed their opinions, discussed topical issues, identified problems, and proposed solutions.

Football in 2021 is not included in the list of priority sports. The reason is the low results of the national team and the leading clubs on the international stage. There have been no significant achievements in domestic football for a number of years, and certain steps taken by the federation's leadership to overcome the crisis are obviously insufficient and ineffective. "Our football system needs serious reform," said the Minister of Sports and Tourism Sergey Kovalchuk. – It is necessary to develop a concept for the development of football in Belarus by joint efforts, relying on the effective experience of advanced countries and taking into account our national characteristics. Our Belarusian football is degrading. It is necessary to determine the primary tasks that need to be solved tomorrow, and outline a strategy of the main course."

A month has been allotted to develop a set of measures, a step-by-step plan for overcoming the crisis, after which a joint meeting with the participation of stakeholders is again scheduled.

Based on materials of the depatament of press Ministry of Sports

Photo by the NOC Belarus