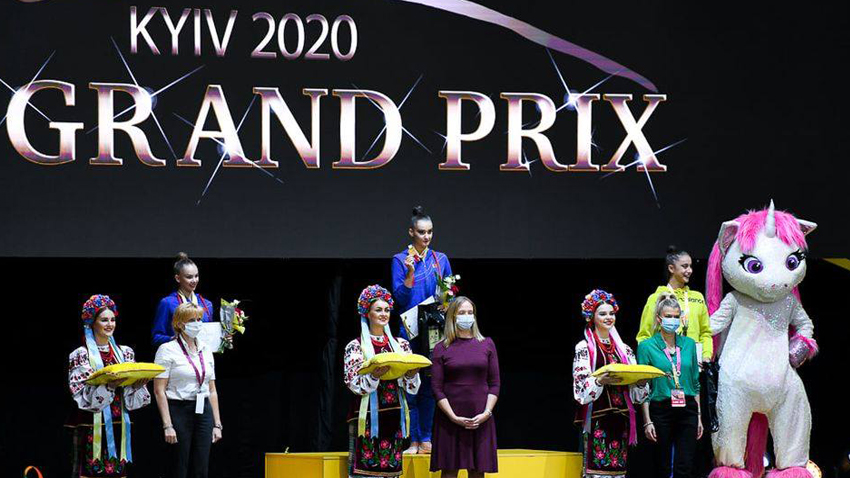 One of the leaders of the national rhythmic gymnastics team of Belarus, Alina Harnasko, successfully performed at the 25th international tournament Deriugina Cup, which ended in Kiev.

The Belarusian was stronger in the ribbon activity (23.200 points) and ball activity (25.500). Alina Harnasko also won a silver medal in the individual all-around (Ukrainian Victoria Onoprienko won in the Olympic form of the program) and bronze in the activity with juggling clubs. Our other gymnast Anastasia Salos made it to the podium four times in separate activities. She became the second with the ball and juggling clubs and the third with the hoop.

The last tournament became a good rehearsal for the Belarusian girls before the European Championship, which will be hosted by the Kiev Sports Palace from November 26 to 29 this year.

Photo by the tournament hosts

Charity and sport online: A1 and NOC Belarus launch the help campaign for children
© National Olympic Committee of the Republic of Belarus, 2011 - 2020
Website development - ArtisMedia