Belarus honors U18 hockey team for winning silver at EYOF 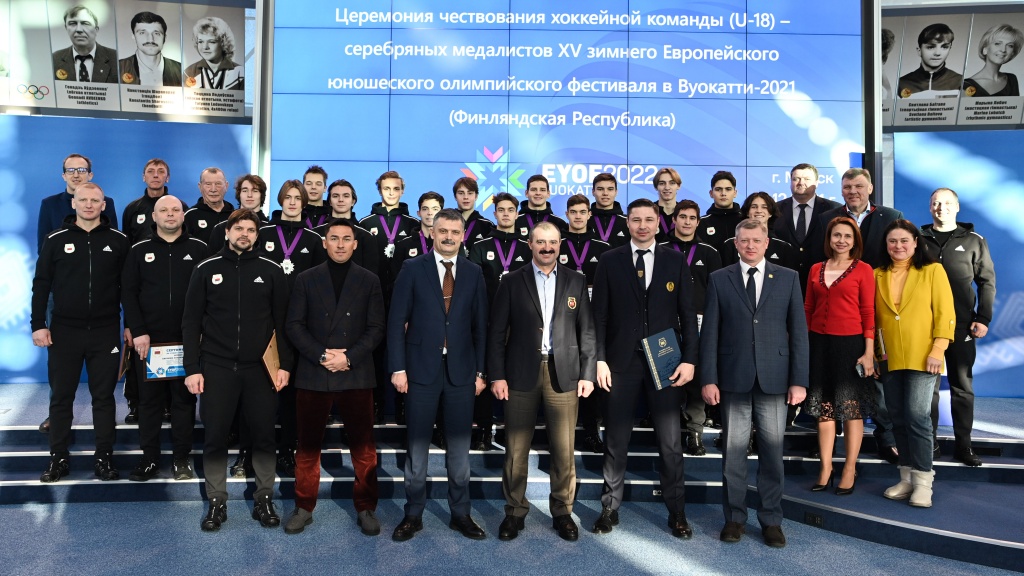 The Olympic Hall of Fame of the National Olympic Committee of Belarus hosted a ceremony to celebrate Belarus' U18 ice hockey team who won silver at the 2022 European Youth Olympics Festival (EYOF) in the Finnish town of Vuokatti, BelTA has learned from the NOC.

Team Belarus beat the teams of Russia, the Czech Republic and Latvia in the round-robin tournament to land second. 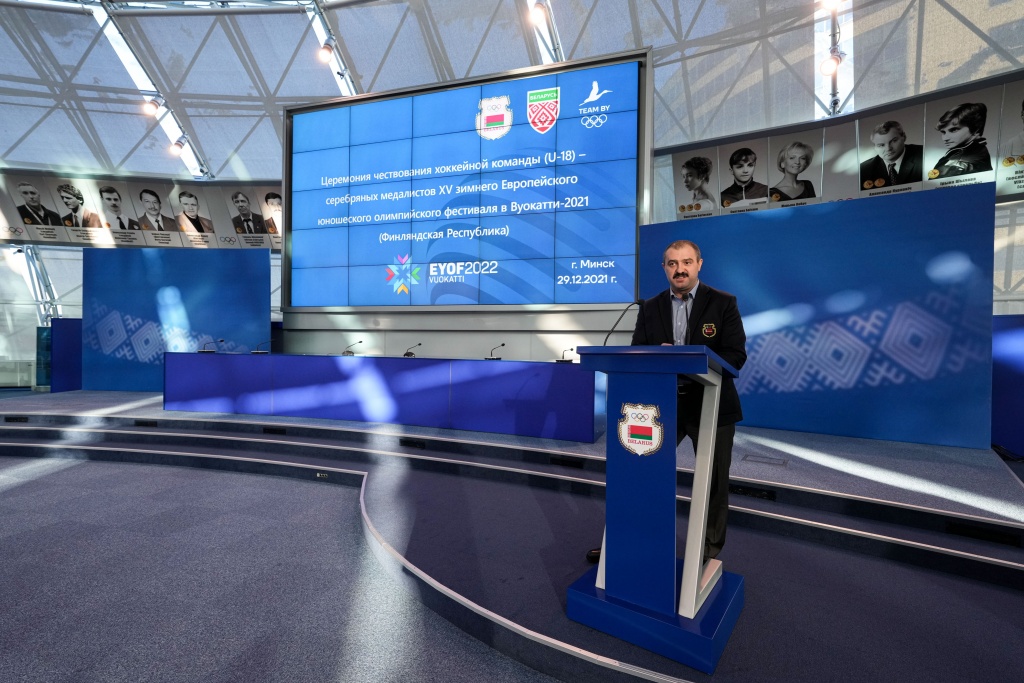 “Thanks to teamwork and individual action, you managed to achieve a great result at the European Youth Olympic Winter Festival. This is a common success. I hope your performance at the EYOF will kick-start your professional career. Keep it up, and we will support you in every possible way,” President of the National Olympic Committee of Belarus Viktor Lukashenko said. 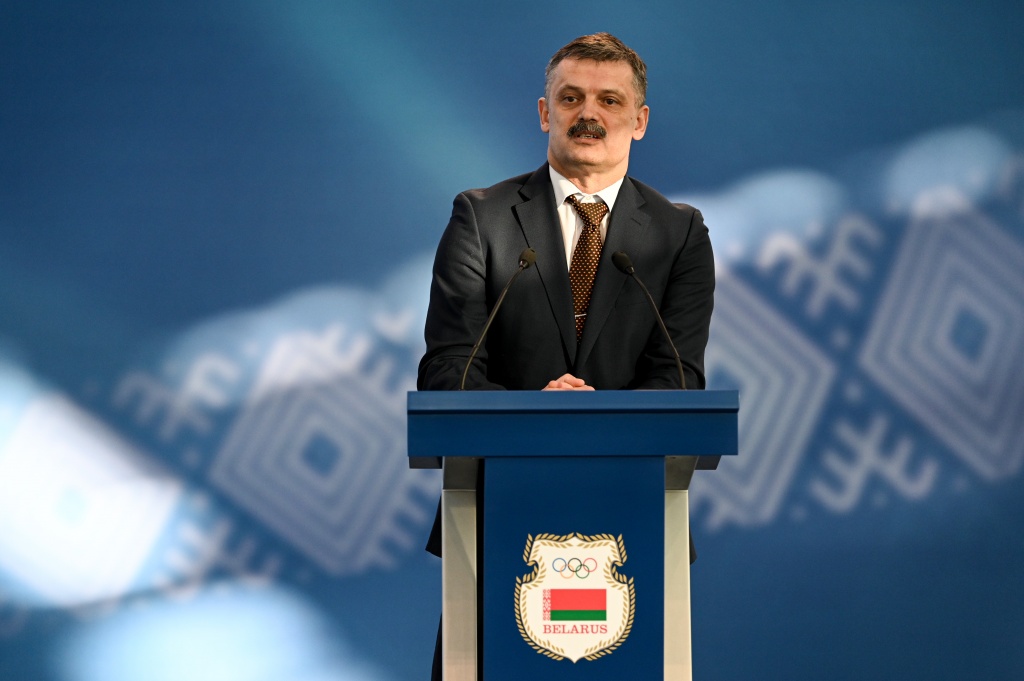 Sports and Tourism Minister Sergei Kovalchuk noted that much has been done in the country for the development of ice hockey. "The positive things that we see in our hockey today are the result of the federation's work over the past several years. Maybe the results did not come as fast as many hoped. But the return to the top division of the youth team, the silver medal at the EYOF in Vuokatti show that our young players are up to the mark. Many young hockey players have already proven themselves in HC Dinamo Minsk, and Aleksei Protas plays in the first line with Alexander Ovechkin in the NHL. I thank you all for your work," Sergei Kovalchuk noted.

The awards ceremony was also attended by members of the NOC Executive Board, famous athletes, Olympic champions and heads of federations. 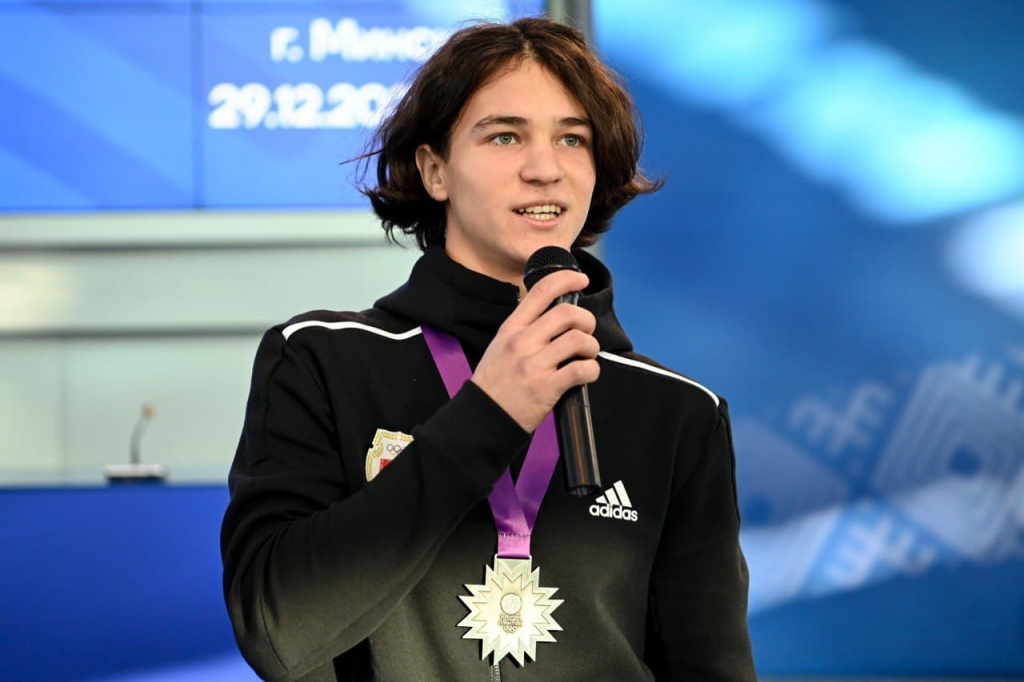 Team captain Nikolai Tishkevich thanked the National Olympic Committee and the Belarus Ice Hockey Federation for the opportunity to represent the country at the European Youth Olympics Festival in Finland.

“We felt incredible support in every match. We saw the whole country rooting for us. It gave us strength and motivation to show our best hockey against the world's leading teams. Once again, many thanks to everyone who made it possible for our team to participate in such an important international forum, thanks to our coaches, doctors, administrators, teammates who did their best to achieve the overall result!” the player said.

The European Youth Olympics Festival was rescheduled from 2021 to 20-25 March 2022, with the exception of the ice hockey tournament, which took place on 13-17 December 2021. The status of the hockey competition at the festival was higher than in previous years due to the participation of junior teams (U18).