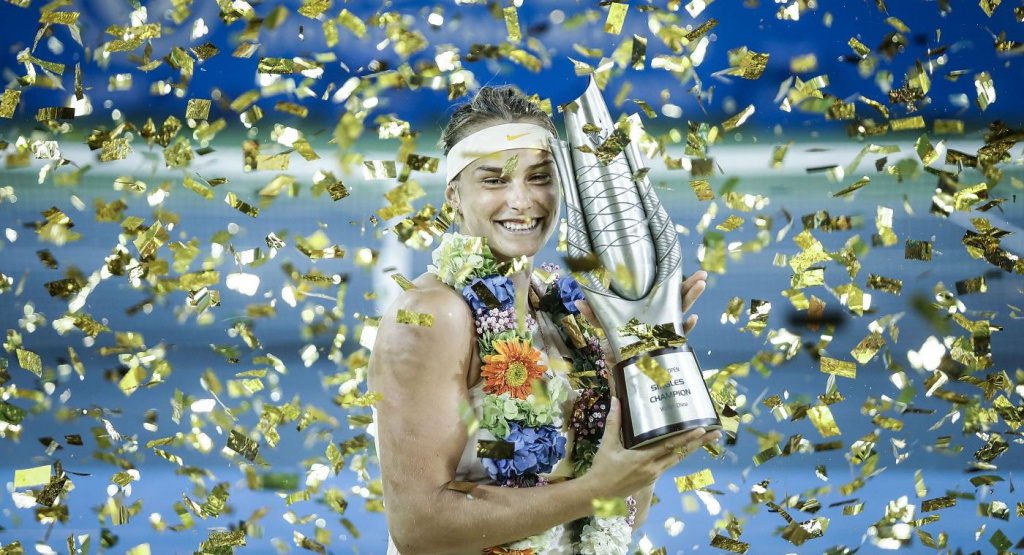 In the crucial game, Aryna Sabalenka beat Alison Riske (USA) - 6:3, 3:6, 6:1. After the match, the organizers dedicated a short video to the champion.

In the semi-finals, Aryna Sabalenka fought with the first seeded of the world Ashleigh Barty - 7:5, 6:4. A rival from Australia fought hard in the first set, which lasted about an hour. Then Ashleigh Barty got sick and she lost in the second set.

During the tournament in Wuhan, Aryna Sabalenka was stronger than Alexandra Sasnovich, Danielle Collins, Kiki Bertens and Elena Rybakina.

In 2018, Arina Sobolenko won Annette Kontaveit from Estonia in final this prestigious tournament.

Source:Press Service of the NOC Belarus