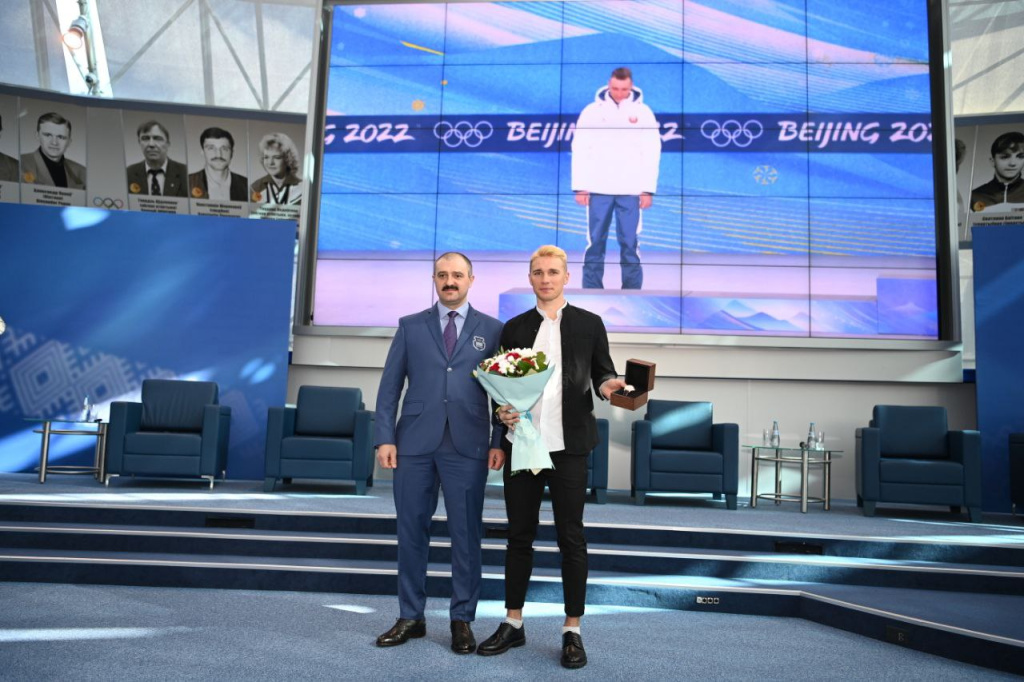 President of the National Olympic Committee of the Republic of Belarus Viktor Lukashenko honored the silver medalists of the XXIV Winter Olympic Games 2022 in Beijing Anton Smolski (biathlon) and Hanna Huskova (aerials) in a ceremony before the opening of the 2nd National Athletes Forum. 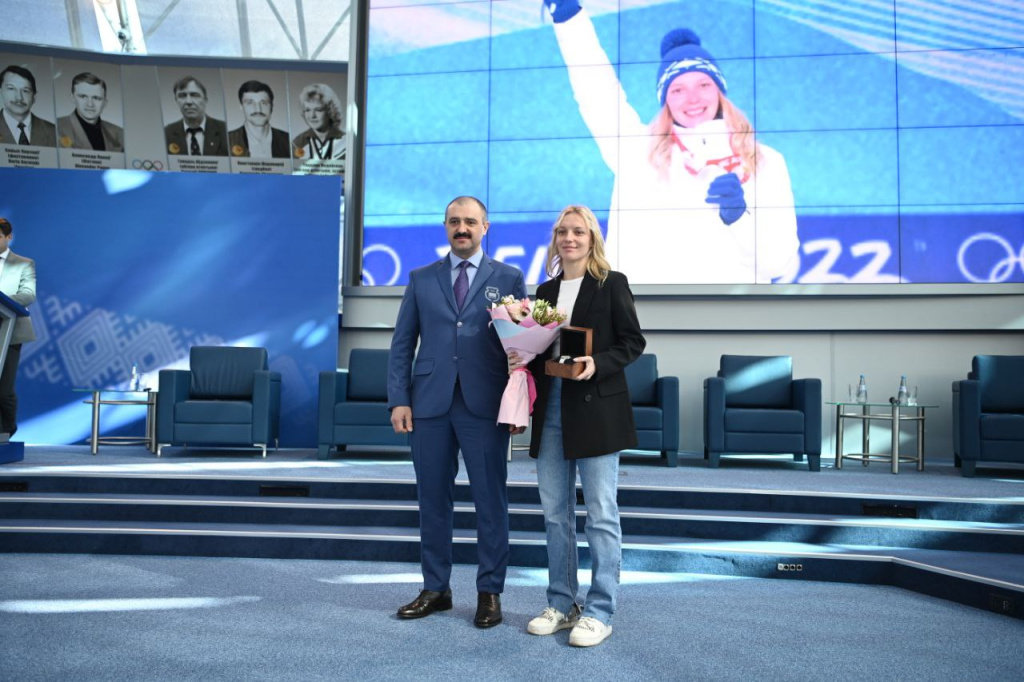 Following the XXIV Winter Olympic Games in Beijing in 2022, the Executive Committee of the National Olympic Committee of the Republic of Belarus decided to earmark additional funding for the biathlon and freestyle skiing federations, whose representatives won medals at the Games. 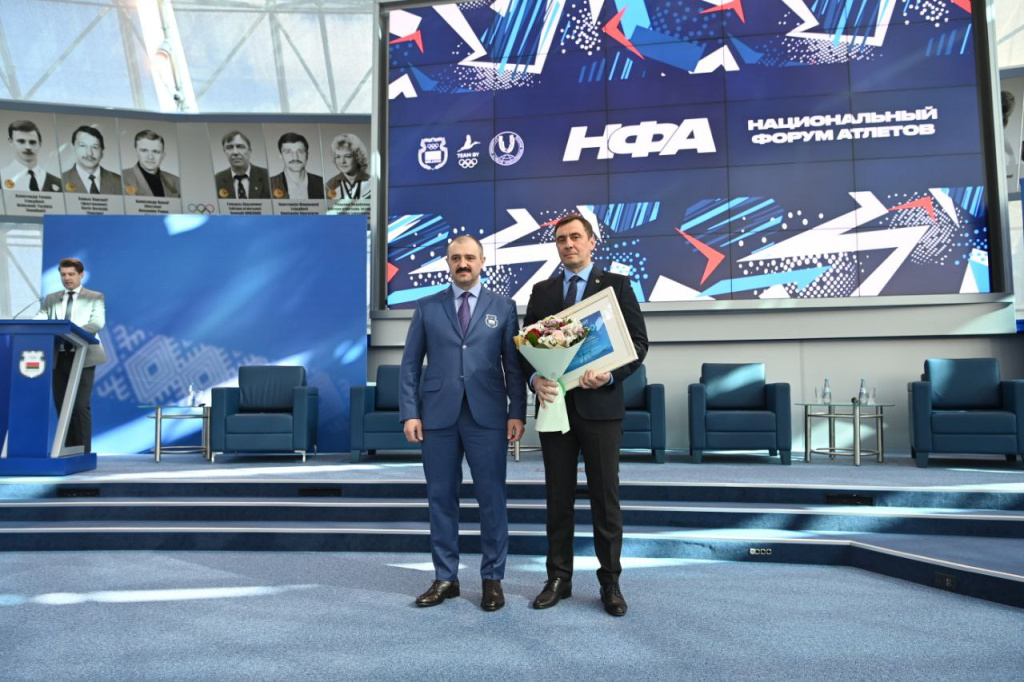 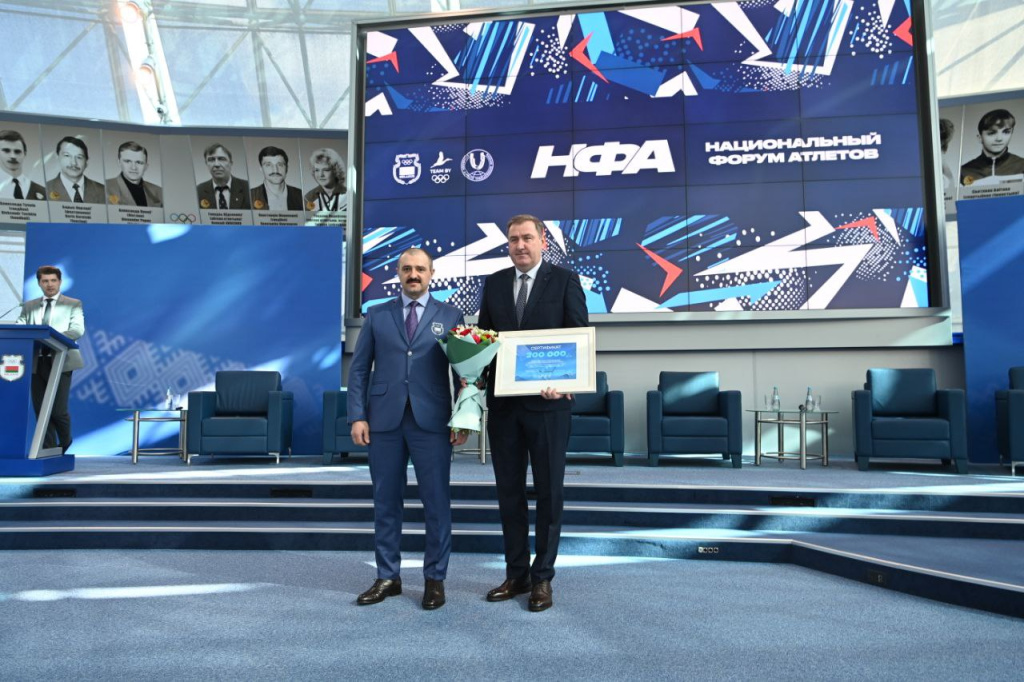 A first-day-of-issue dedication ceremony for a stamped envelope was held at the NOC of Belarus on 28 April. The stamp dedication was officiated by NOC President Viktor Lukashenko, Communications and Informatization Minister Konstantin Shulgan, and Olympic medalists Anton Smolski and Hana Huskova. 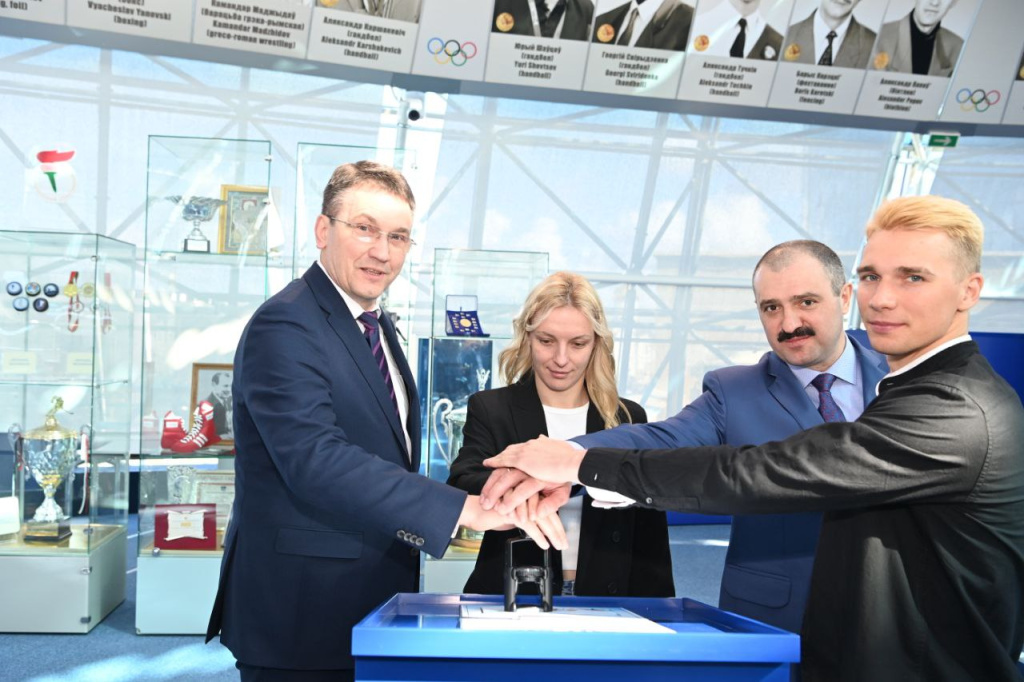 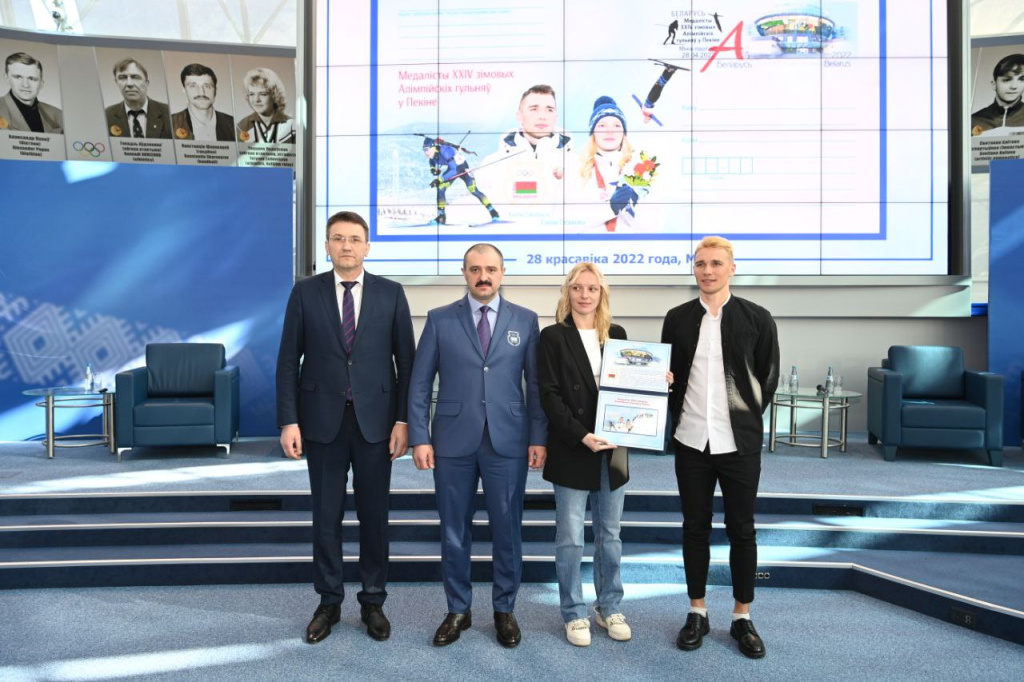 The project was prepared jointly with the National Olympic Committee of Belarus. The envelope and stamp design by Ylena Medved; the circulation at about 10,000 copies.